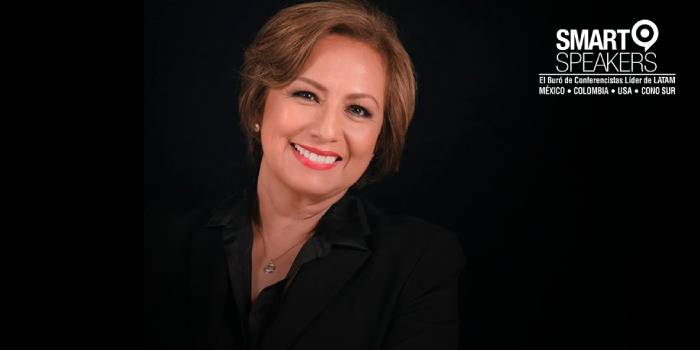 Rosario Marin was the first Mexican woman to hold the position of Treasurer of the United States of America. She is a brilliant and passionate voice of the Hispanic community and speaker who moves her audiences with her incredible life story.

Rosario Marin is an entrepreneur, an international public speaker, author, and serves as advisor to two corporations in Australia and Mexico. She served in Governor Arnold Schwarzenegger’s cabinet as Secretary of the State and Consumer Services Agency where she oversaw procurement of nearly $9 billion worth of goods and services, the management and development of the 1,600+ state’s real estate properties, oversight of the nation’s largest state employee pension funds CAL STRS and CAL PERS, the collection of state taxes over $104 billion dollars – the equivalent of the GDP of the eighth largest global economy, and programs managing a state workforce of more than 250,000 people, the state’s civil rights enforcement, consumer protection, and the licensing of 2.4 million Californians in more than 255 different professions.

Appointed by President George W. Bush and unanimously confirmed by the U.S. Senate, Rosario Marin served as the 41st Treasurer of the United States. As Chairwoman of the California Integrated Waste Management Board from 2004 to 2006, she presided over the successful attainment of California’s 50 percent recycling mandate.

In addition, Rosario Marin served as elected councilmember and Mayor of the City of Huntington Park. She has held numerous leadership positions with nonprofit boards. Currently she is a member of the CSULA Foundation Board and formerly served for nine years in the Special Olympics International Board of Directors. She has been awarded countless recognitions including four Honorary Doctorate degrees.

Rosario Marin a sought after international inspirational speaker has mesmerized audiences across the world. Whether she addresses corporate, non-profit, women, students, or disability rights organizations her audiences rise to their feet upon the completion of her speech. Throughout her career, she has spoken to hundreds of audiences. 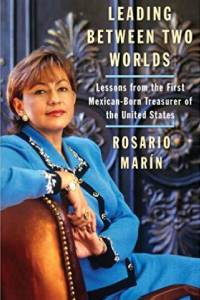 Leading Between Two Worlds is the story of Rosario Marin's incredible journey. She exposes her most personal secrets and impressive achievements as she divulges what she has sacrificed and what she has gained in politics. She takes us through a deeply felt betrayal, her struggle through depression, the creation of her family, her devotion to advocating for the rights of people with disabilities, and her joyous return to Mexico. Rosario’s story is the story of every immigrant who — in the face of unbelievable adversity — seeks to make it in the United States. Her journey is one of tragedy and triumph, one from which readers will draw inspiration.