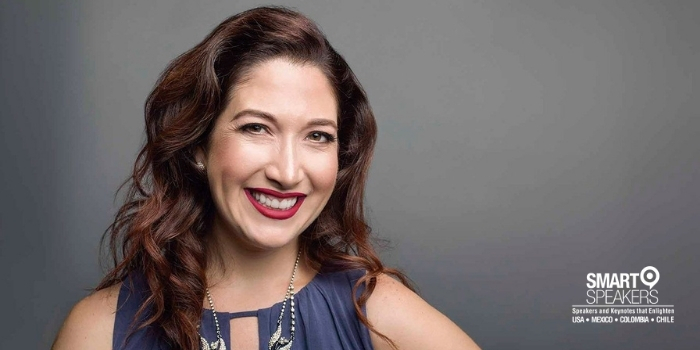 Randi Zuckerberg is an entrepreneur, investor, bestselling author, and Emmy-nominated tech media personality. She is the former CMO of Facebook and sister to its founder, Mark Zuckerberg.

Randi Zuckerberg is an entrepreneur, investor, bestselling author, and Emmy-nominated tech media personality; she is the founder and CEO of Zuckerberg Media, with the mission of supporting current and future entrepreneurs through investment, mentorship, and media.

Prior to founding her own company, Randi Zuckerberg was an early employee at Facebook, where she is best known for creating Facebook Live, now used by more than a billion people around the world.

Randi Zuckerberg travels the world, speaking about technology, entrepreneurship, her time in Silicon Valley, and shockingly...how to unplug! When she's not Facebooking or actual written-word booking, she can be found at the theater - as a two-time Tony Award winning Broadway producer of Hadestown and Oklahoma! - or doing her best to unplug at home with her husband and three children.

Our Disrupted World: The New Rules of Engagement

During this program, Randi will take you through some of the most substantial shifts in consumer behavior expected to happen over the next 12-18 months, and how to get ahead of them, rather than be caught off guard.

Dot Complicated: What I Learned on the Front Lines of Social Media

Randi Zuckerberg does a deep dive into the latest, greatest, most exciting trends in technology, business, and entrepreneurship that you need to be thinking about right now. But watch out! Everything is Dot Complicated and with every great opportunity comes hidden challenges. Randi helps decode these challenges so that we can make the most of this exciting wired world we find ourselves in.

In this insightful talk, Randi will give real world advice on how to make tech work for you and your business: recruiting, managing employees, marketing your business, engaging customers, and much more – in a talk that feels fun, lively, and fresh.

In her funny, poignant, honest, and authentic talk, she'll discuss her own experiences as a woman on the front lines of tech and her ideas on how we can all work together towards a future where the next multi-billion dollar companies are founded by women.

Pick Three: You Can Have It All (Just Not Every Day)
Work. Sleep. Fitness. Family. Friends. Pick Three.

From entrepreneurs to professionals, busy parents to students, Randi can help everyone learn to reject the unrealistic burden of balance and enjoy success in their own lives—by picking the most important areas to focus on in any given day. 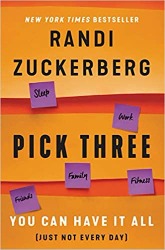 Pick Three: You Can Have It All (Just Not Every Day)

This practical handbook includes stories from Randi’s career learning that there’s no such thing as a perfect balance—as well as insights and examples from other professionals at the top of the biggest businesses in Silicon Valley, new moms searching for permission to focus on family, and recent graduates convinced they should have it all under control, including Arianna Huffington, Reshma Saujani, Laurie Hernandez, and Brad Takei. We can’t have it all every day, and that’s okay, Randi reminds us. 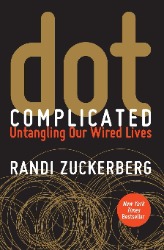 Zuckerberg has been on the frontline of the social media movement since Facebook’s early days and her following six years as a marketing executive for the company. Her part memoir, part how-to manual addresses issues of privacy, online presence, networking, etiquette, and the future of social change.