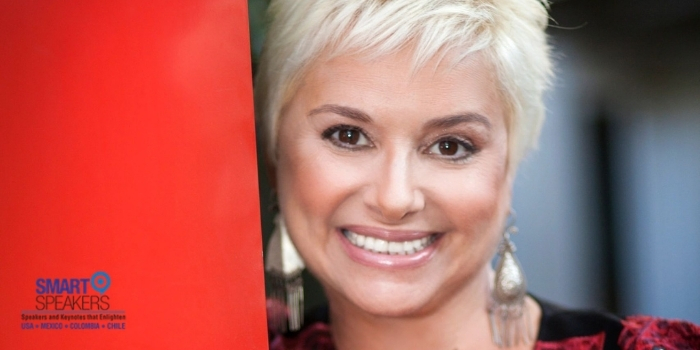 Mayte Prida is a recognized TV and Radio Host, Author, Motivational Speaker and one of the 20 most powerful and influential Latinas in the US according to People Magazine, and according to CARAS Mexico, one of the most admirable Mexican Women.

Having faced difficult obstacles in her life, Mayte Prida has learned firsthand the fragility and vulnerability of life. She shares the most intimate details of her painful experiences by transmitting the intensity of her every day living. She combines her media visibility and her love for life with her work with different health programs and organizations that develop awareness and better health qualities for women and Hispanics in the US.

Mayte Prida began her career as a local news reporter for KWEX –TV channel 41 in SA, Texas, and anchored the evening news. She was responsible for the national news breaks on the SIN (now Univision) Network. She was recruited by KMEX-TV in Los Angeles, CA to anchor their daily news programs. Later, as a host and producer of “America”, a national Univision program, Prida quickly reached one of the top positions in the Hispanic news world of the United States.

In 2001 adversity struck Mayte Prida as she was diagnosed with breast cancer in an advanced stage. She wrote her ordeal in her first book “A Difficult Journey, my battle with cancer” and documented her first year fighting the disease with the hopes of helping other people affected by cancer. That opened her doors to the national and international markets as an author where she has become one of the top bestselling authors of self-help and personal growth books such as “How to Transform your live and start again/Cómo transformar tu vida y empezar de nuevo” “Living without fear/Aprendiendo a Vivir sin Miedo” and “Awaken your Inner Goddess/Despierta a tu Diosa Interior”.

Mayte Prida’s hard work and determination has been recognized with several awards, including The Eagle Fly Free Award by the Institute for the Advancement of Multicultural Minority Medicine alongside former president Bill Clinton, a Doctorate Honoris Causa from the Mexican Institute for Excellence Leaders, among several others that she has received for her humanitarian work.

Mayte Prida is a keynote and guest speaker around the world. Her conferences are attended by thousands as she has become the face of hope and strength. Prida has also been the spokesperson for several companies while speaking on health issues for minorities. 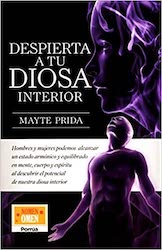 This book will allow you to develop a balance between feminine and masculine energies to form a harmonic unity that projects your being of light and divinity. If we learn to achieve this symmetry, we will live a fuller life. 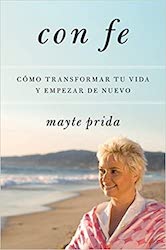 In Con Fe, the reader will be able to learn from how Mayte faced adversity and will be able to use these lessons in his daily life applying them to any difficult situation. Con Fe is a testimony of struggle and spiritual growth that will enrich the lives of those who read it.