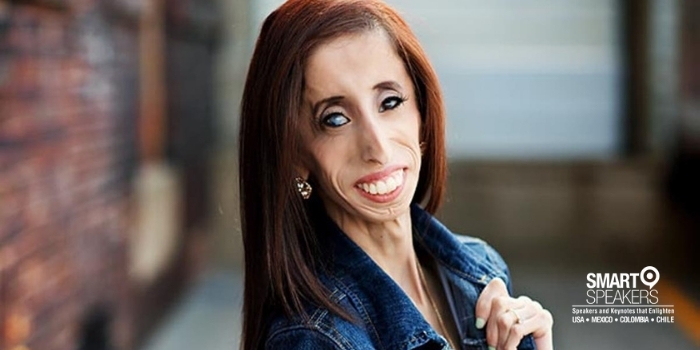 Lizzie Velasquez is a global motivational speaker, anti-bullying activist, social media personality, and author. Lizzie was born with a rare syndrome. At this time there are only 2 other people in the world that are known to be living with this rare syndrome.

In December 2013, Lizzie Velasquez took the stage at the inaugural TEDx AustinWomen, and gave a talk titled “How Do You Define Yourself?” that has garnered over 13 million views across the web. Her story has been featured on Katie Couric, The Today Show, The View, Huffington Post, Associated Press, AOL, MSN, and Yahoo! among many other national and international media outlets.

Lizzie Velasquez is an Executive Producer of the award-winning documentary based on her life, A BRAVE HEART: The Lizzie Velasquez Story, which chronicles her journey from cyberbullying victim to global anti-bullying activist. The film had an Academy-qualifying release in the U.S. in Fall 2015 and began its international release in Spring 2016. Velasquez’s latest book, Dare to Be Kind: How Extraordinary Compassion Can Transform Our World, was released in 2017.

Lizzie Velasquez has a show, Unzipped with Lizzie Velasquez, available via the Fullscreen app. Lizzie also has a robust following across multiple social media platforms - where she has over 1.5 million followers combined - posting about anything and everything in her life -  her travels, hangouts with her friends and family, her style and makeup routines, and of course, her little pups Ollie and Olivia. 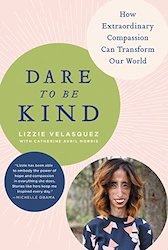 Dare to Be Kind: How Extraordinary Compassion Can Transform Our World

Dare to Be Kind offers the path to self-acceptance, love, and tolerance, and provides a framework for living with confidence and resilience, and ultimately, forging a radically compassionate world. 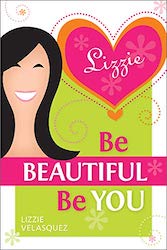 Be Beautiful, Be You

Lizzie uses anecdotes and exercises to teach readers to recognize their own unique gifts and blessings, talk to God in their own words, deal with disappointment, make and maintain healthy friendships, and set realistic goals.

How do you define yourself? | Lizzie Velasquez | TEDxAustinWomen

I Choose To Be Happy: Lizzie Velásquez at TEDxYouth@Austin