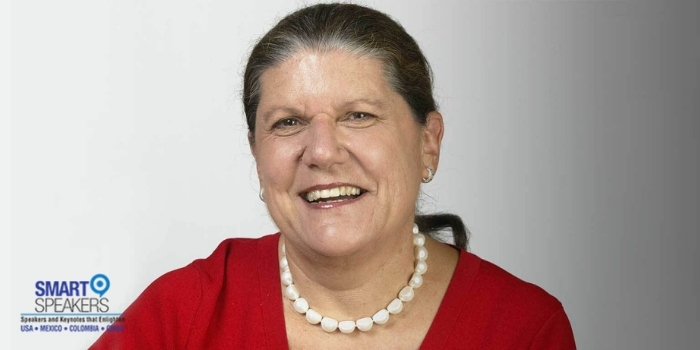 Gail Evans is one of the most recognized and respected voices on the issue of women at work and a guide for women who want to succeed within organizations. She is the author of the world best-seller Play Like a Man, Win Like a Woman.

Gail Evans is the best-selling author of Play Like a Man, Win Like a Woman: What Men Know About Success that Women Need to Learn. The book was listed for several months on the New York Times, BusinessWeek, and Wall Street Journal bestseller lists. She has appeared on The Today Show and Larry King Live, and in USA Today and The New York Times.

In addition, Gail Evans developed three of CNN's most popular programs: TalkBack Live, television's first interactive live talk show; Burden of Proof, the first daily legal talk show on network television; and CNN & Company, the news talk show featuring a panel of female experts debating the top stories of the day. Evans retired from CNN in the summer of 2001 and remains a consultant to the company.

Gail Evans began her career in the early 1960s, working on a number of congressional staffs. She worked at the White House in the Office of the Special Counsel to the President during the Lyndon B. Johnson Administration and was instrumental in the creation of the President's Committee on Equal Employment Opportunity. During the late 1960s, Evans lived in Moscow with her husband who was the Moscow bureau chief for CBS News. After returning to the United States in 1970, she was a founding partner of Global Research Services, an Atlanta-based research and marketing firm.

Gail Evans is active in numerous Atlanta and Georgia charities and served for two years as the chairperson of the Georgia Endowment for the Humanities. In 1979, she was nominated to Leadership Atlanta and in 1993 she became a trustee of the Radio and Television News Directors Foundation. 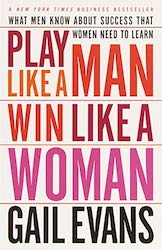 Play Like a Man, Win Like a Woman: What Men Know About Success that Women Need to Learn

In this book Gail Evans reveals the secrets to the playbook of success and teaches women at all levels of the organization--from assistant to vice president--how to play the game of business to their advantage.

She Wins, You Win: The Most Important Rule Every Businesswoman Needs to Know

The book takes Gail Evans’ empowering approach to corporate success to the next level: It isn't enough for women to understand and learn men's rules-they must create their own. And the path to success begins with this single most important rule: Every time a woman succeeds in business, every other woman's chance of succeeding in business increases, and every time a woman fails in business, every other woman's chance of failure increases.

The Importance of Language - Gail Evans