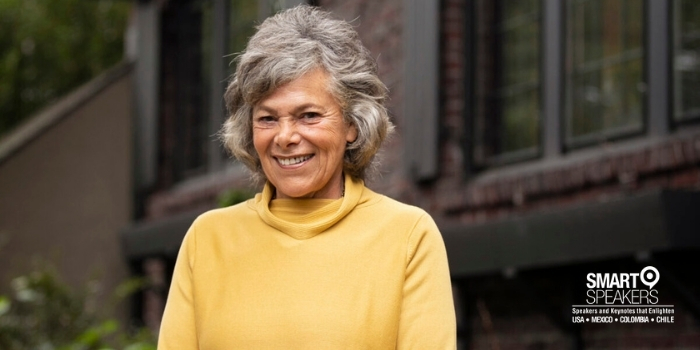 Dr. Ellen Langer is an outstanding professor in the Psychology Department at Harvard University, widely regarded as the “Mother of Mindfulness”.

Dr. Ellen Langer is a professor in the Psychology Department at Harvard University, where she was the first woman to be tenured in the department. She has been described as the "mother of mindfulness" and has written extensively on the illusion of control, mindful aging, stress, decision-making, and health. Dr. Langer is the founder of The Langer Mindfulness Institute and consults with organizations to foster mindful leadership, innovation, strategy and work/life integration. A passionate and compelling lecturer who presents at organizations worldwide, Dr. Ellen Langer has authored over 200 research articles and six academic books.

Dr. Ellen Langer’s books, written for general and academic readers, include Mindfulness, The Power of Mindful Learning, On Becoming An Artist: Reinventing Yourself Through Mindful Creativity and Counterclockwise: Mindful Health and the Power of Possibility. Her most recent book, The Handbook of Mindfulness, is an anthology that brings together the latest multi-disciplinary research on mindfulness.

Dr. Ellen Langer’s work has led to numerous academic honors including a Guggenheim Fellowship, the Distinguished Contributions of Basic Science to Applied Psychology Award of the American Association of Applied and Preventive Psychology, the Distinguished Contributions to Psychology in the Public Interest Award of the American Psychological Association, the James McKeen Cattell Award, and the Gordon Allport Intergroup Relations Prize.

The citation for the American Psychological Association's Distinguished Contributions reads in part: Dr. Ellen Langer’s pioneering work revealed the profound effects of increasing mindful behavior and offers new hope to millions whose problems were previously seen as unalterable and inevitable; Dr. Langer has demonstrated repeatedly how our limits are of our own making." 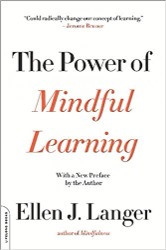 The Power of Mindful Learning

Dr. Ellen Langer uses her innovative theory of mindfulness, introduced in her influential earlier work, to dramatically enhance the way we learn. In business, sports, laboratories, or at home, our learning is hobbled by certain antiquated and pervasive misconceptions. In this pithy, liberating, and delightful book she gives us a fresh, new view of learning in the broadest sense. 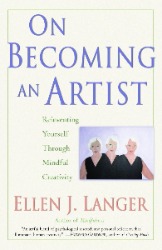 On Becoming an Artist: Reinventing Yourself Through Mindful Creativity

Dr. Ellen Langer shows us that creativity is not a rare gift that only some special few are born with, but rather an integral part of everyone’s makeup. All of us can express our creative impulses– authentically and uniquely–and, in the process, enrich our lives. 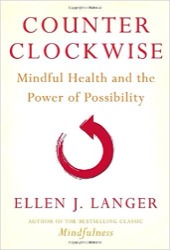 Counterclockwise: Mindful Health and the Power of Possibility

Counterclockwise offers a transformative and bold new paradigm: the psychology of possibility. A hopeful and groundbreaking book by an author who has changed how people all over the world think and feel, Counterclockwise is sure to join Mindfulness as a standard source on new-century science and healing.

Mindfulness in the Time of a Pandemic with Dr. Ellen J. Langer