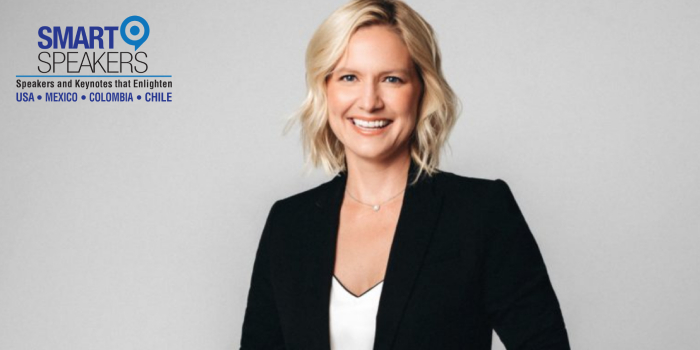 Emily Balcetis is an associate professor of psychology at New York University. She received her PhD from Cornell University in 2006 in Social and Personality Psychology, and is the author of more than seventy scientific publications which have been cited in over 3,000 other publications. She serves as a research advisor to Perception Institute and she has collaborated with numerous companies to address issues of bias.

Her work has been covered by Forbes, Newsweek, Time, Telemundo, National Public Radio, Scientific American, The Atlantic, Cosmopolitan, and GQ Magazine. Emily Balcetis has received numerous career awards for her research in experimental social psychology from the Federation of Association of Brain and Behavior Scientists, the International Society for Self and Identity, the Foundation for Personality and Social Psychology, and the Society for Experimental Social Psychology. Her work has been funded by multiple grants awarded by the National Science Foundation, and she has lectured at numerous institutions including Harvard, Princeton, Yale, Stanford, Berkeley, and the University of Chicago.

Her focus on the conscious and nonconscious ways people fundamentally orient to the world. Using basic science and experimental research approaches, Emily Balcetis investigates how individuals' motivations, emotions, needs, and goals impact the basic ways they perceive, interpret, and ultimately react to the information around them. With her team members, they tackle issues including biased support for diverse leadership among adults and children, bias in jurors' visual experiences when viewing evidence, biased perceptions of environments when pursuing better health, and other outcomes. 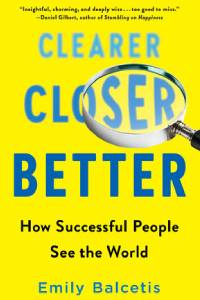 When it comes to setting and meeting goals, we may see—quite literally—our plans, our progress, and our potential in the wrong ways. We perceive ourselves as being closer to or further from the end than we may actually be depending on our frame of reference. We handicap ourselves by looking too often at the big picture and at other times too long at the fine detail. But as award-winning social psychologist Emily Balcetis explains, there is great power in these misperceptions. We can learn to leverage perceptual illusions if we know when and how to use them to our advantage.

Using Not Impossible’s proven approach of collaboration as a guide, Ebeling discusses the tools necessary to become a stellar collaborator and to recognize the traits of collaboration-worthy individuals for your next big idea.

The Fallacy of ‘Impossible’

All the modern conveniences we observe and utilize around us were once considered impossible. Ebeling dives deeper into “impossible,” the underlying psychological effects it has on an organization and how to overcome “impossible” so true innovation can take place.

Speculation about the future of AI vacillates between sunny Jedi optimism and dire warnings of Sith doom. But there is a third side, says Mick Ebeling as he explores three levels of technological enhancement to human life, emphasizing networks for the greater good. His presentation has immediate implications and applications for any discipline where technology can extend human capability.

Making the Next Industrial Revolution

From social media to the Maker Movement, the Industrial Revolution 2.0 has shifted the way we live, work and interact with one another. It revolves around the newfound global accessibility of making our own solutions. Mick Ebeling discusses the factors that make this the most exciting time in modern history, and how to leverage those factors for the benefit of business and the betterment of society.

Why some people find exercise harder than others | Emily Balcetis