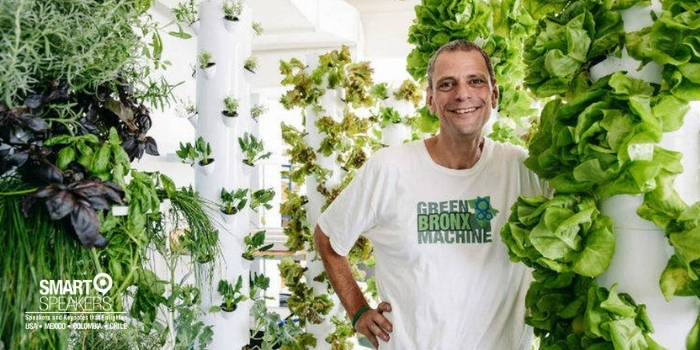 Stephen Ritz is a South Bronx educator who believes that students should not have to leave their community to live, learn, and earn in a better one. An internationally acclaimed award-winning educator, Stephen is the author of the best-selling book, The Power Of A Plant, and founder of Green Bronx Machine.

Known as “America’s Favorite Teacher,” Stephen Ritz is responsible for creating the first edible classroom in the world, which he has evolved into the National Health, Wellness and Learning Center. He and his students have grown more than 100,000 pounds of vegetables in the South Bronx, and in the process, Ritz has moved school attendance from 40% to 93% daily and helped provide 2,200 youth jobs in the Bronx.

Stephen Ritz was a Top Ten Finalist for the Global Teacher Prize, named Global Humanitarian, Food Tank Hero, TEDx Prize Winner and a Global Food Educator, and has presented at the Obama White House three times. A replica of his classroom was installed in the US Botanic Gardens in Washington, DC, and his curriculum is being used in hundreds of schools across the United States and internationally from Colombia to Dubai, from Canada to Cairo, to Doha, and beyond.

Stephen Ritz was featured in the film adaptation of Michael Pollan’s best-selling book, In Defense of Food, and appeared on ABC’s The Chew, The Rockefeller Foundation’s Food for Thought, NPR’s 50 Great Teachers, All Things Considered, and American Graduate. The State University of New York uses his curriculum to train teachers in all content areas. His recent appearance on PBS’ Growing A Greener World (Episode 808) won an Emmy Award, and he and his students were recently featured on the covers of TIME for KIDS and Scholastic Magazine.

Stephen Ritz splits his time between his home in the Bronx and his residence in The Sustainable City in Dubai, UAE, where he serves as Director of Health, Wellness and Innovation for Esol Education at Fairgreen International School. Currently, he is working with Anthem Blue Cross / Blue Shield to bring Green Bronx Machine programming to 22 American cities across 19 states.

Growing Our Way Into A New Economy

In this inspirational presentation, Stephen Ritz shares the unlikely stories of how he and his students farmed their way from the poorest congressional district in the country all the way to the White House and beyond.

In this talk, Stephen shares the story of how he has been educating children through agriculture. Stephen encourages audiences, through his example of urban farming, to find ways to improve health and educational outcomes for students, ensuring equity and opportunity for youth within their own communities. 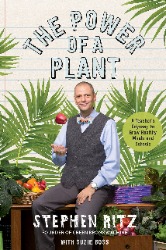 The Power of a Plant: A Teacher’s Odyssey to Grow Healthy Minds and Schools

An inspiring story about how incorporating gardening and plants into teaching curriculum moved the graduation rate of students from 17% to 100% and improved attendance to 93% in his South Bronx high school. 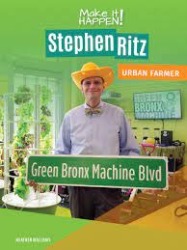 Stephen Ritz never planned to be a teacher, and he knew nothing about growing food. “Make It Happen!” brings to life his story of passion, purpose, and hope to help students build the skills necessary to reach their own goals.

Stephen Ritz: A teacher growing green in the South Bronx