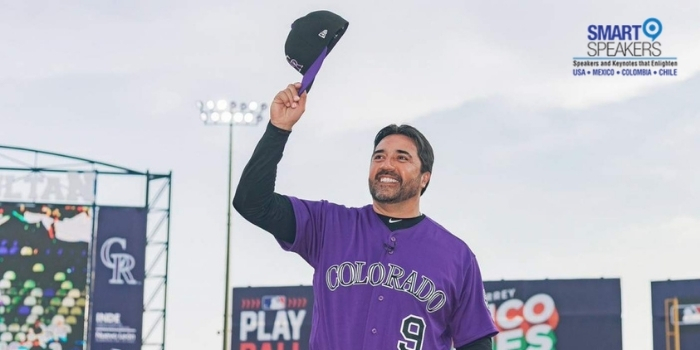 Vinicio "Vinny" Castilla Soria is a Mexican-born former Major League Baseball third baseman. He is the Mexican player who has hit the most MLB home runs in history.

In 1994, Vinicio Castilla’s playing time was reduced mainly due to the acquisition of shortstop Walt Weiss and the 1994-95 Major League Baseball strike. At the peak of his career (1995 to 1999) he averaged 38 home runs and 112 RBIs. On June 6, 1999, Castilla produced his first career three-home run game against the Milwaukee Brewers.

Vinicio Castilla moved on to play with the (soon-to- be Washington Nationals) Montreal Expos in 2005, hitting 12 home runs and 66 RBIs in 142 games. His last home run with the Rockies came on September 9, 2006 giving him a total of 239, good for 3rd all time in franchise history.

He decided to retire after the Caribbean Series on February 7, 2007, becoming a special assistant to Rockies GM Dan O'Dowd.