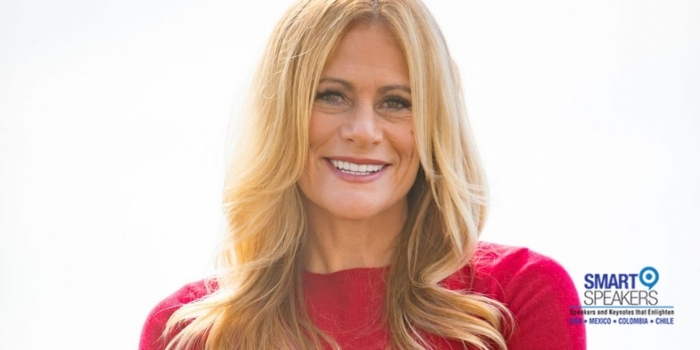 Intrepid woman, New York Times best-selling author, award-winning speaker, ‘CNN Hero’. Robyn Benincasa is also the winner of the Eco-Challenge, perhaps one of the most difficult and demanding team races in the world.

Robyn Benincasa is an award-winning keynote speaker, a 20+ year veteran San Diego firefighter, a World Champion Adventure Racer, CNN Hero (2014), a Guinness World Record Endurance Kayaker, Ironman triathlete, New York Times bestselling author and founder of The Athena Project Foundation. Robyn was named one of the top 10 speakers featured by the Harvard Business Review and one of the ‘Top 10 New York Times Bestselling Authors Who Can Better Your Company and Your Life’ in 2018. She has also been named a Top 5 Business Speaker for five years by Speaking.com and a member of the ‘10 Highest Rated Inspirational Speakers for Business’ list by Derek Sweeney.

For the last 20 years, she and her teammates have been competing at the front of the pack in the most unique and compelling classrooms on earth, including the jungles of Borneo, the Himalayan peaks of Tibet, the rivers of Fiji, the rainforests of Ecuador and the desert of Namibia. It is through these harrowing, life-affirming and often hilarious experiences in the world's most grueling challenges that she has emerged with her unique perspective on what it takes to build the kind of world-class teams that succeed against all odds, that triumph in the face of adversity and that claim victories as one in times of great challenge and change. Robyn has also been working with racing teams around the world to take on the most extreme (and seemingly impossible) challenges imaginable.

Robyn Benincasa has successfully translated the lessons she has learned from extreme team sports to the corporate world and has a deep understanding of the challenges today’s businesses face, thanks to a background in marketing and years of success in the competitive world of pharmaceutical and hospital supply sales, two areas where she worked before becoming a firefighter.

Robyn Benincasa definitely knows a thing or two about creating human synergy, which in her words is “that magic that allows groups of ordinary people to accomplish extraordinary things together, inspires people to grab life with one hand, grab their teammates with the other, and to create that special magic that makes all of us better together than we ever would have been alone.” Robyn takes you inside the world of extreme adventure racing to highlight the common traits, attitudes and mindsets of the world's most consistently high-performing teams.

Adapt, Overcome, And Win As One!

If there’s one thing we can all count on right now, it’s that we are in a time of change and more is coming –our response to ongoing change that dictates our success.

Building World Class Teams — How To Achieve Breakthrough Performance Through Collaboration, Creativity And A Culture Of One

How do you inspire individual team members to become great teamMATES? What if your teams were not only driven to achieve goals with each other but FOR each other?

What inspires the resilience to chase challenging finish lines and  achieve world class results in times of incredible challenge and change? How do we create the passion and internal drive to pursue goals that seem impossible?

Playing To Win: Why Champions Love And Lead Change

How do we inspire people to not only survive times of change but to INSPIRE change – and to build a culture that is focused on relentlessly changing the game and creating what’s next.

What do the world’s most consistently high-performing individuals and teams have in common? How do the best and the brightest achieve great results through challenge and change? 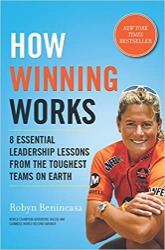 In Robyn’s bestselling book, “How Winning Works”, you will learn all the teambuilding and leadership skills used by Robyn and her teammates on their quest to repeatedly win the toughest races on earth. Find inspiration and practical tools to improve your mindset, performance, and collaboration, no matter what your goals may be. The secret to creating connections and building winning teams is knowing that we are better together than we could ever be alone.