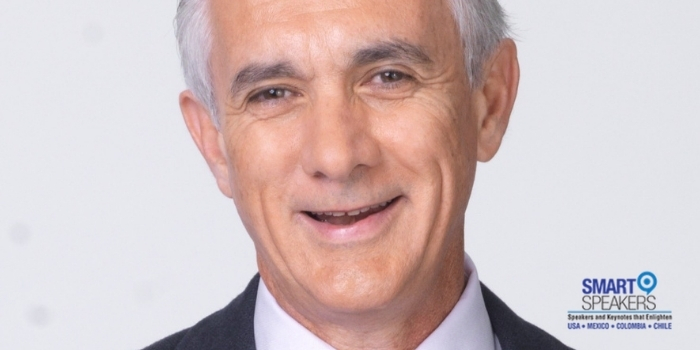 Raúl Allegre, a nine-year NFL veteran and a two-time Super Bowl winner with the New York Giants (1986 and 1990), joined ESPN Deportes in 2002 as a Sunday Night Football coverage analyst for ESPN International. Since the fall of 2006, Allegre has been a Monday Night Football analyst for ESPN Deportes and ESPN International, where he works alongside commentators Álvaro Martín and John Sutcliffe.

Raúl Allegre is also a co-host of the NFL Semanal show and is a columnist for ESPNDeportes.com and ESPN.com in Latin America.

During his NFL career, Raúl Allegre played for the Baltimore Colts, Indianapolis Colts, New York Giants, and the New York Jets. A native of Torreón, Mexico, Allegre attended the University of Montana on a soccer scholarship, later transferred to the University of Texas. He began his career as an NFL kicker in 1983 with the Baltimore Colts and then won two Super Bowls as a member of the New York Giants.

After retiring from the NFL in 1993, Raúl Allegre became executive producer, creator and host of Super Show Deportivo, a 30-minute Spanish-language program about the NFL produced by NFL Films. For the next several years, he worked as a radio commentator for Texas Longhorns Football and in 1996 he became the executive producer of the Dallas Cowboys preseason broadcasts in Spanish, until 2004.

Throughout his career, Raúl Allegre has made his commitment to the community a priority. Currently, he serves as president of the NFL Alumni in Austin, overseeing the local effort for the national charity program "Caring for Kids."