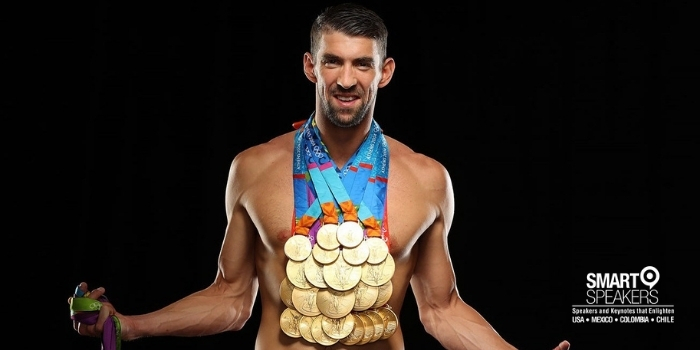 Michael Phelps is an American former competitive swimmer and the most successful and most decorated Olympian of all time, with a total of 28 medals.

Michael Phelps won six gold and two bronze medals at the Olympics held in Athens in 2004. He was a perfect 8 for 8 in Beijing bringing in eight gold medals in 2008. In London he gained 4 more Golds, a Silver, and a Bronze. Phelps holds the record for the most gold medals won in a single Olympic year, and his total medal count of 22 is also a record.

In addition to his successful swimming career, Michael Phelps has written two books and also co-founded the nonprofit organization Swim with the Stars, which holds camps for swimmers of all ages. He started the Michael Phelps Foundation, promoting healthier lifestyles and the sport of swimming. Phelps is also part of the US Anti-Doping Agency’s Project Believe program, and he is tested rigorously to ensure his system is free of performance-enhancing drugs. 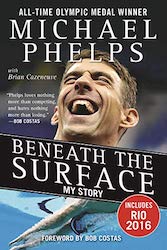 Beneath the Surface: My Story

Readers will relive all the heart-stopping glory as Phelps completes his journey from the youngest man to ever set a world swimming record in 2001, to an Olympic powerhouse in 2008, to surpassing the greatest athlete of ancient Greece, Leonidas of Rhodes, with 13 triumphs in 2016. Athletes and fans alike will be fascinated by insights into Phelps’s training, mental preparation, and behind-the-scenes perspective on international athletic competitions. 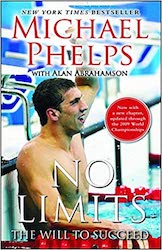 No Limits: The Will to Succeed

No Limits goes behind the scenes to explore the hard work, sacrifice, and dedication that catapulted Phelps into the international spotlight. Phelps shares remarkable anecdotes about family, his coach, his passion for the sport, and the wisdom that he has gained from unexpected challenges and obstacles. Highlighting memorable races and valuable lessons from throughout his career, Phelps offers candid insight into the mind and experiences of a world champion.