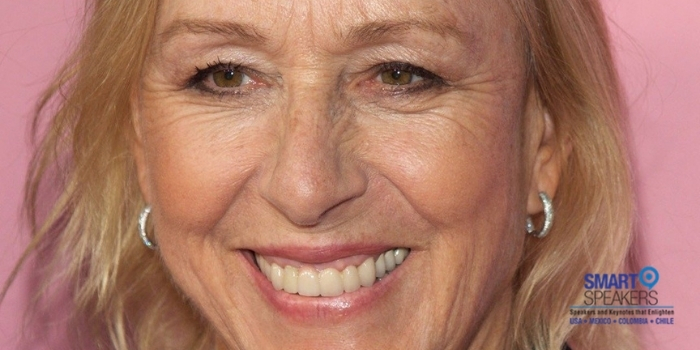 A true champion on and off the court, Martina Navratilova is not only an extraordinary tennis legend, but also an inspirational leader and sports speaker who demonstrates wit, candor, and sheer motivation.

Martina Navratilova dominated tennis in the 1980s and has been referred as the greatest all-round player in the sport’s history. The winner of 18 Grand Slam singles titles, 31 major women’s doubles titles, and 9 Wimbledon single’s championships, Navratilova has been hailed as the greatest tennis player of her time. She is one of the first celebrities to come out at the height of her career and is well-regarded as a human rights activist, high profile ambassador and trailblazer for gay and lesbian rights and acceptance in society.

Born and raised in communist Czechoslovakia, Martina Navratilova succeeded in receiving permission from the government to play in the 1975 US Open. Though she was stripped of her Czechoslovakian citizenship for over 30 years, her difficult decision paid off, as she took women’s tennis to a new level with her speed, determination and agility. Navratilova won the Wimbledon women’s singles title a record nine times and has been described by many as “the greatest singles, doubles, and mixed doubles player who’s ever lived”. In all, Navratilova has won 18 Grand Slam singles titles, 31 Grand Slam women’s doubles titles (another all-time record), and 10 Grand Slam mixed doubles titles; which makes a total of 59 Grand Slam titles. After her 2000 induction into the tennis hall of fame, Navratilova continued to play and win on the WTA Tour through October 2006, when she retired after winning the US Open mixed doubles a month before her 50th birthday.

Martina Navratilova hid her sexual orientation for several years, because at the time it would have disqualified her from gaining U.S. citizenship, which she eventually obtained in 1981. Shortly afterwards, she became arguably the first superstar to come out publicly while still being a superstar. Her honesty cost her millions of dollars in sponsorships, but empowered the gay and lesbian community laying down the first foundational blocks for a culture that was more accepting and understanding of homosexuality and bisexuality. Her charity work comprises various organizations that benefit animal rights, underprivileged children, LGBTQ rights, and the environment.

Martina Navratilova has been selected by Tennis magazine as the “Greatest Female Tennis Player” to compete from 1965 to 2005. Time magazine ranks her among their “30 Legends of Women’s Tennis” and she was one of the first inductees in the National Gay and Lesbian Sports Hall of Fame. She has received numerous accolades, including Tour Player of the Year (7 times), Associated Press’ Female Athlete of the Year, and Female Athlete of the Decade by the National Sports Review. She was also named Sportswoman of the Year (3 times) by Women’s Sports Foundation and was listed on Sports Illustrated’s Top 40 Athletes of All-time for her overall contributions to the world of athletics.

Through all her hard work and achievements, Martina Navratilova Inspires audiences to overcome adversity and achieve the impossible. Her speaker career includes keynotes for organizations such as AARP, IBM, Morgan Stanley, Deloitte and Touche. 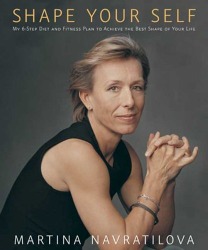 In The Shape of Your Life, Martina Navratilova shares through personal anecdotes as an extraordinary athlete a 6-step program comprised of simple strategies, tips, and small lifestyle changes that will enable anyone to tune up their body, mind, and spirit. 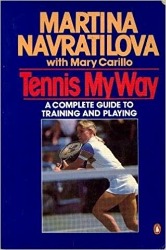 Martina Navratilova: The Life of a Human Athletic Animal