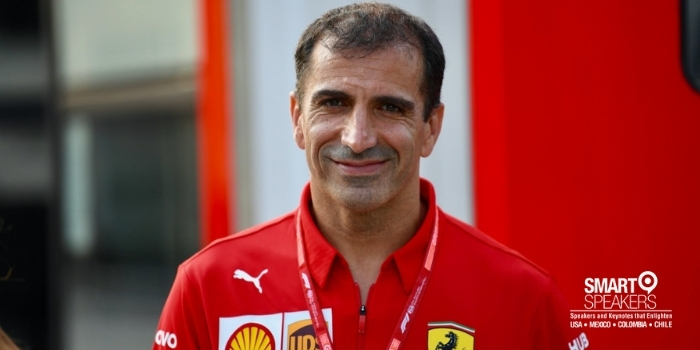 Marc Gené is a winning Formula 1 pilot appreciated for his charm, willingness and charisma. In 1990 he won the Spanish Senior Championship in the senior category, being the youngest driver to do so.

Marc Gené is a proven winner who is appreciated for his charm, willingness and charisma. He started racing in karts at age of 13 and won the Catalan Championship in the initiation category. He won his first National Championship in 1988 and in 1990 he won the Spanish Senior Championship in the senior category, being the youngest driver to do so.

In 1992, Marc Gené started competing with a racing car, it was in the Formula Ford championship and he finished fifth.

The following year, Marc Gené tried his luck in the European championship and was second in the Formula Ford and the European. He slowly approached the F1 and tried the Formula 3 and Formula 3000. In 1996, he won the II Superformula FISA Cup and in 1998, he won the Open Fortuna by Nissan, achieving six victories and three fastest laps.

That win meant the direct passport to Formula 1. Marc Gené made his debut with Minardi in 1999 and was the best newcomer of the season scoring the only point that the Italian team has achieved so far. He repeated next year with Minardi, but Gené was feeling a bit trapped in a team with no technical or economic resources. Therefore, when Sir Frank Williams called him to join the British team as a test driver, he accepted the challenge.

In 2011 Marc Gené debuted with a creditable fifth position in the Monza GP replacing Ralf Schumacher. After two seasons at Williams, in 2005, he joined Ferrari, where as a test driver, he worked closely with engineers and official drivers. Additionally, in 2007 he joined Peugeot to take part in Le Mans 24 Hours. He won the legendary race in 2009 and was the first Spaniard to achieve this. Gené continues to combine his duties as a Ferrari test driver with Audi.

In addition to cars, reading is Marc Gené’s great passion. He is a simple man who was born with an enormous necessity to learn and know more. Bachelor in Economics, he was an auditor at PricewaterhouseCoopers (PWC).