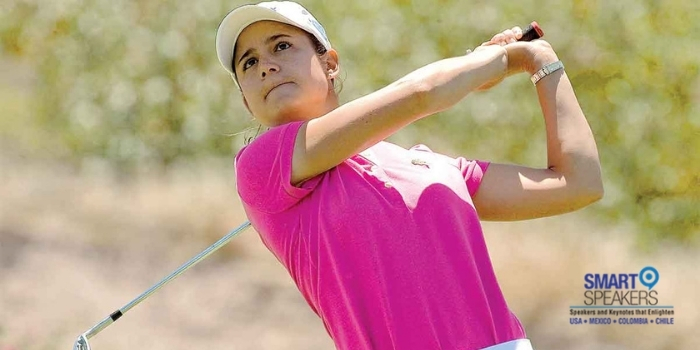 Lorena Ochoa is a celebrated Mexican golfer, regarded as the best of all time. Her success expands around the world and she is an example of a woman of success and humanity, who also presides over a noble cause with a foundation for low-income children.

Former LPGA Tour golfer Lorena Ochoa Reyes was the first male or female Mexican golfer to be ranked #1 in the Official World Golf Rankings, holding the spot for 157 straight weeks. In her short 7 year career from 2003-2010, Ochoa solidified herself as the best female golfer on the LPGA tour with 27 wins including 2 major victories at the 2007 Women’s British Open and the 2008 Kraft Nabisco Championship.

Even as a teenager Sports Speaker Lorena Ochoa was setting records and finding success with her golf game. She won both the Junior World International Championship and the World Junior Golf Championship a record 5 years in a row. As a teammate of fellow LPGA golfer Natalie Gulbis at the University of Arizona, she set the single season scoring record in her freshman year and then beat her own mark her sophomore year to set the record at a 70.13 average round score. During her time in Arizona Ochoa was the youngest recipient and only golfer to be awarded Mexico’s National Sports Award, Mexico’s highest sports honor.

Lorena Ochoa’s brief stint on the Future’s Tour included 3 tournament wins and rookie of the year honors, an award she would also take home the following year for the LPGA Tour. She would dominate the LPGA Tour from 2006-2009, winning Rolex Player of the Year honors and also being awarded the Vare Trophy for lowest scoring average each of the 4 years. In 2008 she became the host of her own tournament, the Lorena Ochoa Invitational, held at her home course in Guadalajara, Mexico.

In 2004, she started the Lorena Ochoa Foundation dedicated to improving education and the lives of children in need. The foundation currently operates La Barranca Educational Center, a center providing care to 250 underprivileged children through elementary and middle schools, evening workshops and therapy for the children and their families. The school is also open to the community to come participate in the many different activities provided. 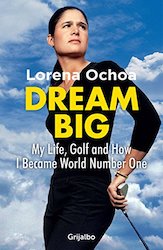 In this book Lorena shares for the first time her experience, full with satisfactions and sacrifices, showing that talent isn't enough to reach our goals: discipline, ethics, support from the loved ones and a lot of effort to face the challenges and succeed are required. A testimony of struggle and success where Lorena Ochoa, world number one professional golfer, tells us about her life, since she was a little girl until she got to the top.