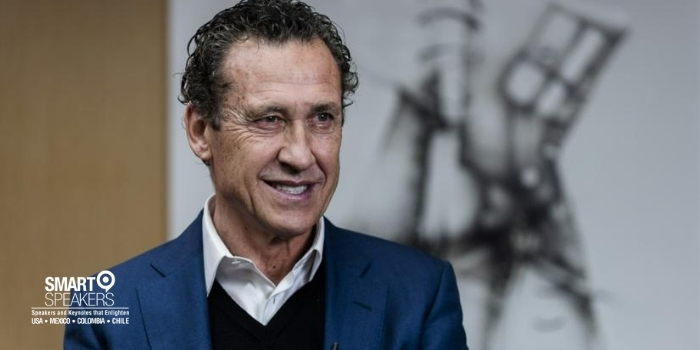 Jorge Valdano is an Argentine coach with Spanish nationality and a former soccer player for Newell’s Old Boys (Argentina), Alavés, Zaragoza and Real Madrid. He also has successfully managed to transfer his sports and team management experience to the corporate sector.

Although born in Argentina, Jorge Valdano has become Spanish by adoption. A key football player on two continents, he played in South America and Europe’s First and Second Divisions. Besides playing for Argentina’s national side, he has gone on to coach various teams and held several different managerial positions. His experience has given him a global perspective on the game.

As Director at Real Madrid, Jorge Valdano played an important role with regards to creating a new organizational model within Spanish football. This model was used as a reference for other clubs and is still in use till this day. Valdano also developed and directed the Real Madrid School of Studies. The institution was founded in collaboration with the European University of Madrid in an attempt to link the club with society by means of an academic project that transcends only the sports field.

Jorge Valdano has successfully managed to transfer his sports and team management experience to the corporate sector. Not only has he collaborated with various institutions and businesses but has undertaken several of his own business ventures as well. An example is his 1999 collaboration with Ernst & Young that gave light to Spain: Make a Team. The company soon gained traction and has become a pioneer with regards to the research and development of equipment.

Jorge Valdano is also involved in Sports Innovation, a consulting company that carries out strategic sports projects for both national and provincial governments in countries the world over. He also holds a position on the Advisory Board of Axialent, a company leader with regards to the conscious transformation of people, teams, and organisations. The company was founded in 2002 with the aim of helping companies adapt to change by means of the development of conscious leaders, aligned teams, and a culture of excellence.

Jorge Valdano has been in the news not only for his sports and business prowess, however. He is the successful author of numerous books and is often featured in various media such as El País, Telemadrid, Televisión Azteca, La Sexta, and Cadena SER, amongst various others.

Develop and improve the leadership skills of participating managers, and with them the efficiency and effectiveness of them and their teams.

Analyze one of the fundamental challenges of a leader: integrate what is different by promoting teamwork.

Develop the efficiency and sustainability of companies through the development of people, understanding the keys to their motivations and their influences.

Discover the talents of individuals and know how to exploit them to achieve the full performance of a group. 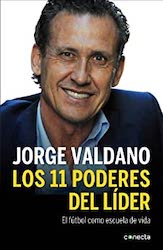 The 11 powers of the leader start from experiences in the field of sports to delve into topics such as leadership, teamwork, motivation and everything that shakes up a highly competitive team. Through eleven great values, exemplified by coaches, players and dramatic moments of the sport that moves the world, the author summarizes the key elements of leadership in the 21st century. 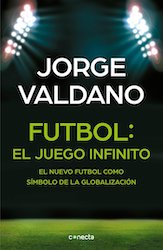 Jorge Valdano reviews the different actors who participate in this show, and describes how each of them has adapted to this new global reality of soccer. How the game itself has changed, transforming the role of coaches and players, whom he has turned into new planetary heroes. He explains how, ultimately, football is today a business without borders that generates an emotion in perpetual renewal, and that turns fans into customers.