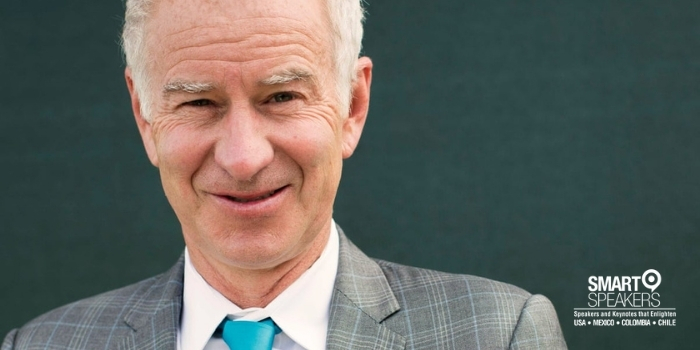 John McEnroe is a former number one tennis player and Sports Speaker that embodies the American spirit. His relentless pursuit of perfection, combined with a technical mastery honed through years of competition, has made him a popular champion and tennis legend.

John McEnroe is one of the most well-known tennis players of all time, fabled for his style and for his emotional investment in his matches. Ranked 20th in the world when he retired  in 1992, this left-handed player was known for his unique style of serve and for his sheer dedication to his sport. An inspiration not only to those in tennis, but for anyone with passion and drive, he is now a sought after and successful speaker.

John McEnroe was successful at the 1979 US Open, rising to prominence by winning the Grand Slam singles title and becoming the youngest male to do so for over 30 years. The rest of that year was a highly successful one, with McEnroe going on to win the World Championship Tennis (WCT) Finals. With a mixed doubles win from the French Open already under his belt from 1977, McEnroe continued to reach the heights of tennis success for over a decade, becoming both singles and doubles champion at competitions including Wimbledon and the US Open. McEnroe took the first of his three Wimbledon singles titles, becoming the youngest #1 ranked male in the history of professional tennis. He was also a member of the Davis Cup team for many years, and went on to captain them in 1999.

In 1999, John McEnroe was inducted into the International Tennis Hall of Fame and is currently working as a sports commentator in tennis, having made appearances on CBS, NBC, USA, and ESPN. Since leaving the court, his unique commentary and style in the broadcast booth have garnered him national Sports Emmy nominations, while his 2001 memoir, You Cannot Be Serious, became a New York Times best-seller ande grabbed the #1 spot on the prestigious list.

John McEnroe has a serious interest in art and oversees The John McEnroe Gallery in the SoHo area of New York City, where he showcases the work of contemporary artists. He has also established The John McEnroe Foundation, an organization tasked with distributing grants and pledges to a wide variety of charitable causes. John is an active philanthropist and is involved in the development of tennis for youths. In 2010, he launched the John McEnroe Tennis Academy in his hometown of New York City, to develop great tennis players even in an urban setting.

John McEnroe embodies the American spirit. His relentless pursuit of perfection, combined with a technical mastery honed through years of competition, has made him a popular champion and tennis legend. He is available for miscellaneous public service announcements, speaking engagements, and endorsements. 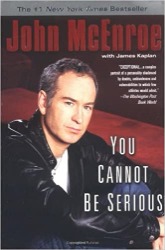 You Cannot Be Serious

You Cannot Be Serious is John McEnroe at his most personal, a no-holds-barred examination of Johnny Mac, the kid from Queens, and his wild ride through the world of professional tennis at a boom time when players were treated like rockstars. 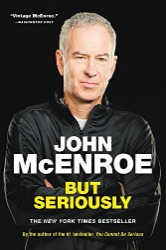 In But Seriously, John McEnroe confronts his demons and reveals his struggle to reinvent himself from champion and tennis legend to father, broadcaster, and author. The result is a richly personal account, blending anecdote and reflection with razor sharp and brutally honest opinions, all in his signature style. This book is wildly entertaining, very funny, surprisingly touching, and 100% McEnroe.