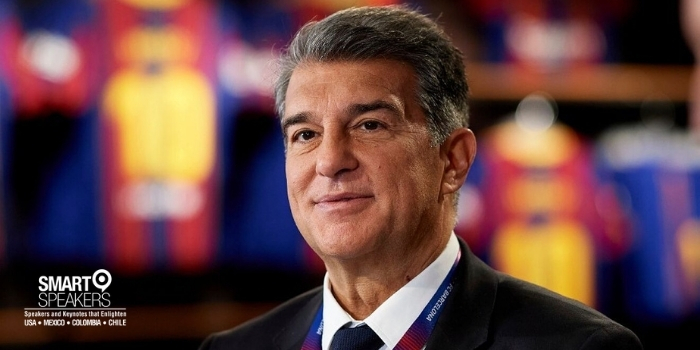 Joan Laporta was the architect behind one of the best football teams of all times, FC Barcelona. He is also a prestigious lawyer, politician, and a charismatic public speaker.

Joan Laporta was the architect behind one of the best football teams of all times, FC Barcelona. During his mandate the club won two UEFA Champions Leagues; four Spanish Ligas; one FIFA Club World Cup; one UEFA Super Cup; one Spanish King’s Cup and three Spanish Supercups.

Joan Laporta is also a prestigious lawyer (graduating from the University of Barcelona) with his own firm, Laporta & Arbós, a combined practice of lawyers and economists, made up of professionals with a background in the business world and the civil service whose mission is to provide enterprises with a truly integrated service. He is also a well-known politician and has been elected as a member of the Catalan regional parliament and is also city counselor for Barcelona’s city council.

His first season as President of FC Barcelona would prove to be a watershed for the club. The club situation was one of bitter unhappiness and disappointment amongst both fans and players after the club failed to meet their own standards, having not won trophies since 1999. With Laporta’s arrival, as well as new manager Frank Rijkaard among others, the club was forced to embark on a new phase, having elected a new, young and largely untested managerial board along with him.

The 2006-2007 season started with the signing of the agreement with UNICEF, in which the Club committed itself to collaborate economically and in addition, wear the UNICEF logo on the shirts of the football team. This was an unprecedented move designed to strengthen the strategy of converting Barcelona into “more than a club” throughout the world.

In 2008, Josep Guardiola was appointed first team manager. The year before he had taken over the reserve side, Barcelona B, when they were on the verge of promotion to Second Division B. After this appointment the most brilliant season in the history of the club began. The football first team achieved success in every competition in which they took part. The team won the Kings Cup, then the league and finally the Champions League against Manchester United in Rome, the third European Cup in the Club’s history. At the beginning of the next season, this list of titles was extended to include the Spanish Super Cup, the European Super Cup and the World Club Cup, making Barcelona the team of the Six Cups. President Laporta was then able to round off his mandate with another league title in the 2009-10 season.

Joan Laporta is a charismatic public speaker. He brings incredible insight into the leadership and vision required to steer a large organization towards a successful future. The collaborative approach, the marketing and branding, attention to detail in all aspects of FC Barcelona’s operations, the social values that reflect on the general public and the recruitment policy to attract the world’s best players and managers make a fascinating and relevant keynote to any progressive organization. 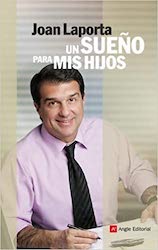 His life trajectory, Barça and Catalonia are the main themes of a courageous and sincere book. Laporta recognizes, in the first person, the influence of his father and Armand Carabén in his way of understanding the world. He explains how fidelity, loyalty and a sense of responsibility are the values that guide him, and he faces, without avoiding controversy, the turbulent and successful years that he has lived at FC Barcelona.