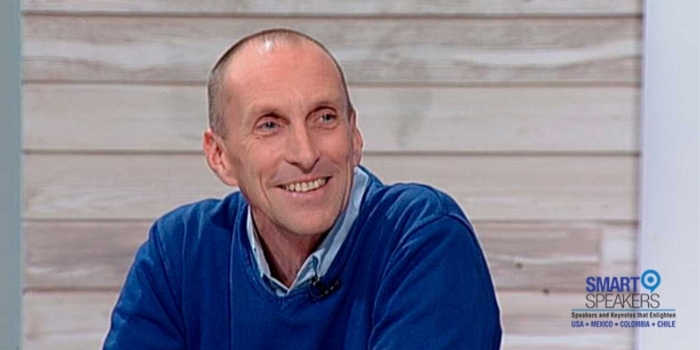 Jil Van Eyle is the father of the “Teaming” concept and “Teaming Solidario” initiative, born in 1998 of team micro-donations in favor of small and medium-sized NGOs or organizations of all kinds that has become a global phenomenon.

Jil van Eyle has worked in different multinational companies as a sales and marketing director. In 1998 he wrote “40 hours in 90 minutes”, in which he compares the typical working week with the 90 minutes of a soccer game, combining his passion for soccer and his experience in the world of business in an entertaining and fun way.

Jil Van Eyle is a true believer in teamwork, having developed the concept of Teaming, a way to apply teamwork in a systematic and effective way within organizations as tools that will later allow to measure it and encourage it.

In his presentations, Jil Van Eyle uses examples from the world of soccer where the contributions of his friends Louis Van Gaal and Frank Rikjaard are a fundamental part of them. Van Eyle also provides first-hand knowledge of the reasons for the success of the current Barcelona Football Club, based on examples that he tells us directly from the hand of his friend Frank Rikjaard, with whom he has collaborated in the successful management and who actively participates in his "El Teaming Solidario" initiative.

In his more recent keynotes Jil Van Eyle has focused not so much on teamwork, but more on achieving a dream. As he himself explains: "I share the message that achieving dreams is possible, and you can always get out of any crisis”. 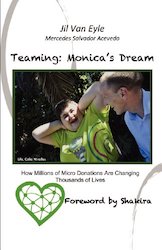 Teaming: Monica's Dream: How Millions of Micro Donations Are Changing Thousands of Lives

Teaming: Mónica's Dream is the remarkable story of Jil Van Eyle, a rising star in the European business world who turned his back on the corporate way to help others and find happiness. Teaming is about creating social change through micro donations, one dollar at a time. Teams are created by anyone who wants to raise funds for projects of solidarity and economic help; there are no bosses, no underlings, no hierarchies, no complicated employee manuals.