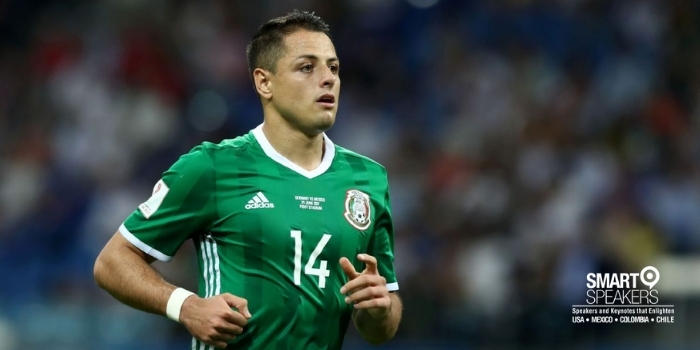 Javier "Chicharito" Hernández is an idol of Mexican and international soccer leagues. He has played for top clubs such as Real Madrid and Manchester United.

Javier “Chicharito” Hernández is a Mexican footballer who has played as a striker for the Premier League team West Ham United and other clubs such as Real Madrid and Manchester United and is currently the striker for the LA Galaxy.

Born and raised in Jalisco, Mexico, Javier “Chicharito” Hernández has been playing football at the junior club level since he was 7 years old. After signing his first professional contract with a local club at the age of 15, he was selected for the national under-17 team.

Javier “Chicharito” Hernández’s performance and impeccable technique drew the attention of several European clubs, such as PSV Eindhoven of the Netherlands, VfL Wolfsburg of Germany, and Valencia CF of Spain. In July 2010, he was acquired by the Premier League club Manchester United and became the first-ever Mexican player to be selected for one of the leading Premier League teams. During his time with Manchester United, Hernández had an impeccable minutes-to-goal ratio, which was one of the best in the history of the League.

Javier “Chicharito” Hernández has also played for A-grade European league teams Real Madrid and Bayer Leverkusen. In 2020 he signed a deal to play as a striker for the LA Galaxy soccer club. He also happens to be the Mexican national team’s leading goal-scorer in international games.