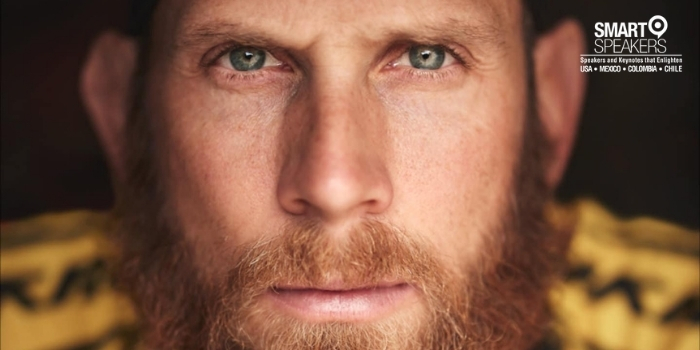 An extraordinary athlete with the world record for the most Ironman Triathlons completed, James Lawrence went down in history after completing 50 triathlons, in 50 states, in 50 days in a row.

In 2005 he ran his first race, after he was challenged to do a 4-mile fun run one Thanksgiving Day with his wife. James Lawrence was distraught to see people pushing strollers cruise past him, but failing only made James know he could get stronger, and it catapulted him on a journey toward fitness.

At the age of 28 James Lawrence transitioned into short distance triathlons. He loved challenging himself and decided to set the bar higher by beginning to race Ironmans in 2008. Just after two years, James broke the world record for Ironman 70.3 events while raising money to build dams in Africa, naming his quest the “Tri and Give a Dam” project. That year, Lawrence completed 22 Half Ironman distance triathlons in 30 weeks through the United States and Canada.

By 2012, James Lawrence decided that he wanted to go for something bigger, so he broke a new world record for the most Ironman distance races completed in one year: an impressive number of 30 races. When he completed that new world record, in addition to a spot in the Guinness Book of World Records James earned the nickname of the “Iron Cowboy”.

James Lawrence is a dreamer who is always looking for the next adventure. After his last feat, the “Iron Cowboy” once again set his eye on an incredible challenge: completing 50 Ironman triathlons, in 50 days, in 50 different states. The adventure began on June 6, 2015 in Hawaii, and on July 25, against all odds, the “Iron Cowboy” achieved the amazing goal ending in Utah.

James said he thrives on helping others. He’s still racing, and gives motivational speeches about conquering obesity and leading an active lifestyle. “I want people to know that anything is possible, and to not let anyone else dictate what they think is possible,” he’s said. “Chase your highest dreams… there are no limits to life.” 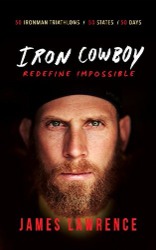 Iron Cowboy is an endurance memoir in the tradition of Dean Karnazes’s Ultramarathon Man—a lifetime’s worth of intensely lived experience. Readers will discover the secret to redefining their own goals and achieving great success. When James Lawrence (also known as the Iron Cowboy) announced his plan to complete 50 Full Distance Triathlons in 50 consecutive days in all 50 states, the only person who believed that he could pull it off was James himself (and his wife, Sunny). Iron Cowboy is the story of Lawrence’s herculean 50-day journey and all the wonderful, miserable, and life-threatening events that happened along the way, as well as a glance at his life leading up to the mission, and winning two prior world records.

How to Master Mental Toughness | James Lawrence on Impact Theory