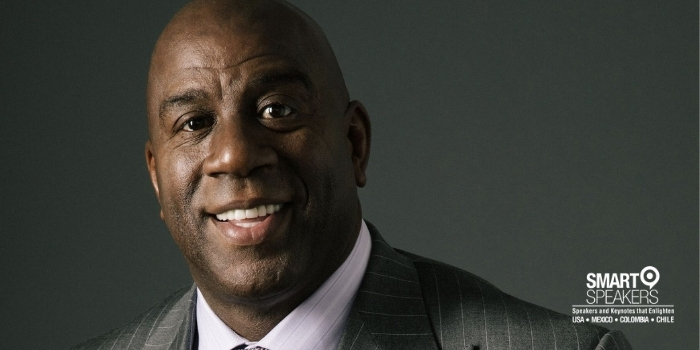 Earvin "Magic" Johnson has become one of the most powerful African-American businessmen in the world. He is a Major League Baseball owner, an NBA legend, a two-time Hall of Famer, an entrepreneur, philanthropist and popular keynote speaker. The business mogul has successfully parlayed his skills and tenacity on the court into the business world, propelling his company to the #1 brand in urban America.

During his athletic career, Magic Johnson earned five NBA championship rings and led the Los Angeles Lakers to nine NBA finals. He has won three MVP awards and played in 12 NBA All-Star games. A member of the original Dream Team, he earned a gold medal at the 1992 Olympic Games.

He is currently the Chairman and CEO of Magic Johnson Enterprises (MJE), which provides high quality products and services that focus primarily on ethnically diverse and underserved urban communities through strategic alliances, investments, consulting and endorsements. For the last two decades, Magic Johnson has consistently turned heads with his unprecedented partnerships; in his early years as an entrepreneur, he forged an alliance with Sony Pictures to develop Magic Johnson Theatres. In 1998, he teamed with Starbucks to become the only franchisee in the history of the company, acquiring and eventually selling 125 stores in a lucrative move which further solidified his position in the business world. Both ventures served as catalysts for redevelopment in urban communities, and are widely recognized as the corporate blueprint for engagement and success with urban consumers across America.

Still a commanding presence in the sports world, Magic Johnson made history in 2012 when he became co-owner of the Los Angeles Dodgers, a Major League Baseball franchise that was purchased for an astronomical $2 billion dollars. At the time, it was the highest purchase price for any professional sports team. He also co-owns the Los Angeles Sparks of the WNBA, Major League Soccer’s Los Angeles Football Club, and eSports franchise Team Liquid.

As a speaker, Magic Johnson inspired audiences with the real-life story of his remarkable rise, his philosophy for success, and empowering message on how to create the best possible future.  Johnson delivers a passionate message about his life story and how we can make a difference in our community. 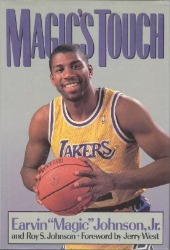 Magic Johnson, basketball superstar, reveals his thoughts while executing some of the most intricate and complicated plays in basketball and provides witty anecdotes about his family, coaches, teammates, and rivals. 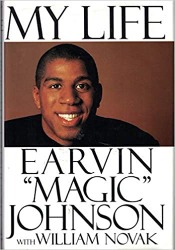 He's faced challenges all of his life, but now Magic Johnson faces the biggest challenge of all, his own brave battle with HIV. In this dramatic, exciting, and inspirational autobiography, Magic Johnson allows readers into his life, into his triumphs and tragedies on and off the court. In his own exuberant style, he tells readers of the friends and family who've been constant supporters and the basketball greats he's worked with. It's all here, the glory and the pain the character, charisma, and courage of the hero called Magic.

What you Can Do to Avoid AIDS

Magic Johnson explains what HIV and AIDS are and how readers can protect themselves and others from being infected.