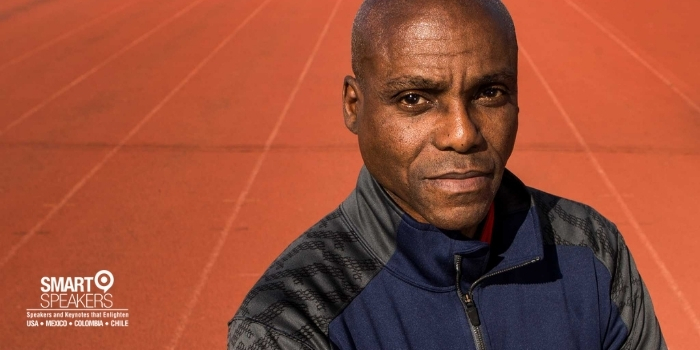 Regarded as Athlete of the Century, Carl Lewis is a 9 times Olympic gold medalist. Lewis participated in four Olympic Games, earning international respect and a place in sports history as one of the greatest athletes of all time.

Carl Lewis is one of the greatest Olympians of all time who, during his career as an Olympic athlete, won 10 medals at a total of four Olympic Games. Lewis was named Athlete of the Year by Track and Field News. His 65 consecutive victories in the long jump, achieved over a span of 10 years, is one of the sport’s longest undefeated streaks. Lewis’ lifetime accomplishments have led to numerous accolades, including being voted “Sportsman of the Century” by the International Olympic Committee and being named “Olympian of the Century” by the American sports magazine Sports Illustrated. Because of his impressive track and field performances, Carl Lewis has earned himself international respect and a place in history as one of the truly great athletes of all time.

Carl Lewis is a retired American track and field athlete who won 10 Olympic medals (9 gold), 10 World Championships (8 gold) in a career that spanned from 1979 when he first achieved a world ranking, to 1996, when he last won an Olympic title and subsequently retired. Lewis won two gold medals in Seoul in 1988, two gold medals in Barcelona in 1992 and one gold medal in Atlanta in 1996; he also tied Jesse Owens’ Record of winning four gold medals in one Olympics.

Since his retirement from active competition in 1997, Carl Lewis has devoted a great deal of his time and energy to charity. He founded The Carl Lewis Foundation, which serves as an umbrella for the many charities that Lewis supports including the College Fund, The Wendy Marx Foundation (for organ donor awareness) and the UNCF Walkathon in Houston. Lewis is also involved in Best Buddies, a program that  integrates people with special needs into society, as a Board Member.

Carl Lewis also established his entertainment business, The Carl Lewis Entertainment Group, which focuses on his acting career, film production, and Carl Lewis Athletics. He is a United Nations Ambassador for the Food and Agricultural Organization. Recently, Lewis launched a company that is dedicated to empowering youths and adults and to improving their life conditions through physical activity and a healthy lifestyle.

Carl Lewis talks about what it takes to win, overcome the odds and develop a champion mindset. 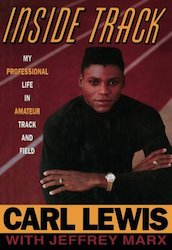 Inside Track: Autobiography of Carl Lewis

Carl Lewis recalls his triumphs on the field and offers shocking revelations about college recruiting practices, under-the-table payments to athletes for endorsements, and rampant drug use.