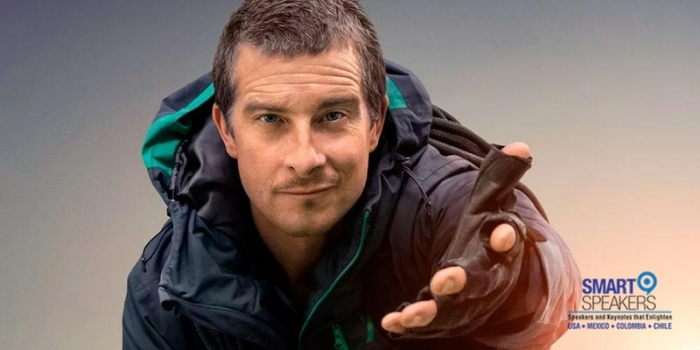 Bear Grylls is a fearless explorer and survival adventurer who has conquered the wildest and most inhospitable natural places in the world. He’s the star of Discovery Channel's hit show Man vs. Wild.

Known for Man vs. Wild, Running Wild, Survival School, The Island, and many other adventure shows, Bear Grylls makes the most extreme survival techniques entertaining. Grylls is known worldwide as one of the most recognized faces of survival and outdoor adventure, and his stories of resilience, courage and never giving up will empower any audience to find that survivor spirit within and to overcome the biggest challenges.

Trained from a young age in martial arts, Bear Grylls went on to spend three years as a soldier in the British Special Forces, where he perfected many of the survival skills that his fans from all over the world enjoy, as he pits himself against the worst of Mother Nature.

Despite a free-fall parachuting accident in Africa, where he broke his back in three places and endured many months in and out of military rehabilitation, Bear Grylls recovered and went on to become one of the youngest climbers ever to reach the summit of Mount Everest.

Bear Grylls starred in seven seasons in Discovery Channel’s Emmy-nominated Man vs. Wild TV series, which became one of the most-watched shows on the planet, reaching an estimated 1.2 billion viewers. Since then, Grylls has gone on to host more extreme adventure TV shows across more global networks than anyone else in the world, including six seasons of the global hit TV show Running Wild with Bear Grylls, hosting guests such as President Obama, Will Ferrell, Ben Stiller, Roger Federer, Julia Roberts, Prime Minister Modi of India and many other prominent figures.

Bear Grylls autobiography, Mud Sweat and Tears, spent 15 weeks at Number 1 in the Sunday Times bestseller list and he has written over 90 books, selling more than 18 million copies worldwide.

Bear Grylls natural talent for communicating and entertaining on all levels has made him a popular personality in his own right. As one of the youngest and most successful motivational speakers on the international business circuit, Grylls has won over even the toughest of audiences and has a list of extremely impressive references to his credit.

It started out as a carefully calculated attempt to complete the first unassisted crossing of the frozen north Atlantic in an open rigid inflatable boat, but it became a terrifying battle against storm-force winds, crashing waves and icebergs as large as cathedrals.

A Survival Guide For Life

In A Survival Guide for Life, Bear Grylls shares the hard-earned wisdom he’s gained in the harshest environments on earth, from the summit of Mount Everest to the boot camps of the British Special Forces. 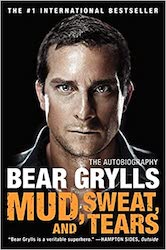 Bear Grylls tells the story of his life in this international bestseller. Gripping, moving and wildly exhilarating, Mud, Sweat and Tears is a must-read for both adrenaline junkies and armchair adventurers. 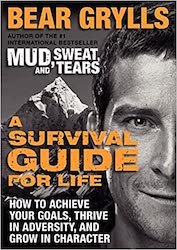 A Survival Guide for Life: How to Achieve Your Goals, Thrive in Adversity, and Grow in Character

Filled with exclusive, never-before-told tales from Bear Grylls’s globe-trekking expeditions, A Survival Guide for Life teaches every reader that we’re all capable of living life more boldly, of achieving our most daring dreams, and of having more fun along the way.

Scouts took over The Conservative Conference!