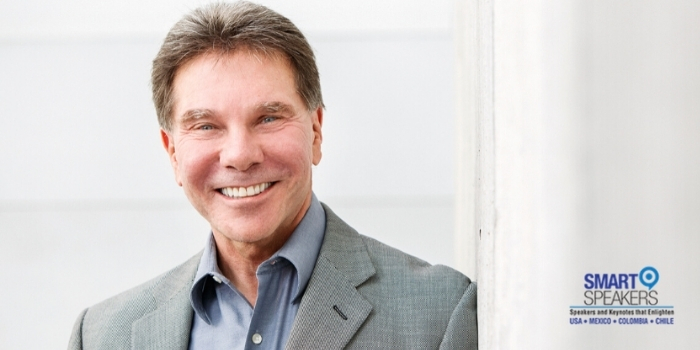 Dr. Robert Cialdini is an acclaimed psychologist and business consultant. His global best seller, Influence: The Psychology of Persuasion, which has sold 3 million copies, describes how to to master the science of persuasion and use it to effectively, and ethically, convince others.

Dr. Robert Cialdini’s exploration into the science of influence has made him a recognized global expert on persuasion, compliance and negotiation. Dr. Cialdini received his Ph.D. from the University of North Carolina and undertook postdoctoral training at Columbia University. He currently serves as Regents’ Professor Emeritus of Psychology and Marketing at Arizona State University.

Dr. Robert Cialdini’s research into why people comply with requests in business settings led to his book Influence: The Psychology of Persuasion, which has sold over three million copies and has been translated into over thirty languages. His latest book, Pre-Suasion: A Revolutionary Way to Influence and Persuade quickly became a New York Times and Wall Street Journal Bestseller. 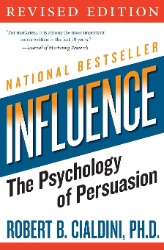 Influence: The Psychology of Persuasion

Dr. Robert Cialdini, the seminal expert in the field of influence and persuasion, explains the psychology of why people say yes and how to apply these principles ethically in business and everyday situations. You'll learn the six universal principles of influence and how to use them to become a skilled persuader--and, just as importantly, how to defend yourself against dishonest influence attempts. 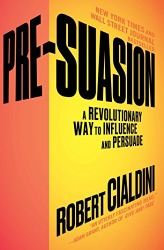 Pre-Suasion: A Revolutionary Way to Influence and Persuade

Dr. Robert Cialdini shows how to choose not only what to say, but when to say it and how to attract that attention in an ethical way. With Pre-suasion, readers will learn to seize the right moment to gain and retain influence. 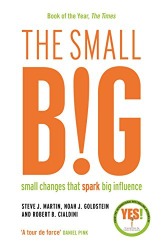 Offering deceptively simple suggestions and explaining the extensive scientific research behind them, the small BIG presents over fifty small changes - from the little adjustments that make meetings more effective to the costless alteration to correspondence that saved a government millions.

Dr. Robert Cialdini - Influence (at the I Love Marketing event)