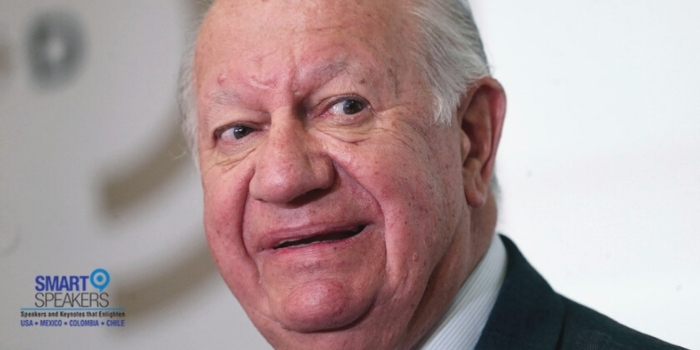 Ricardo Lagos is the former President of the Republic of Chile between 2000 and 2006 and President of Foundation Democracy and Development.

Former President of the Republic of Chile between 2000 and 2006 and President of Foundation Democracy and Development, Ricardo Lagos is Lawyer of University of Chile and PhD in Economics from Duke University.

During the eighties, Ricardo Lagos had an outstanding participation in the process to restore democracy in Chile. He led the Democratic Alliance, the Independent Committee for Free Elections, and founded the Party for Democracy, of which he was its first president.

Ricardo Lagos has received the title of Doctor Honoris Causa by many prestigious universities such as the University of Mexico and Universidad de Salamanca, along with many others. He also has received the Berkeley Medal, the highest distinction from the University of Berkeley, California, and he was named Special Envoy for Climate Change and was President of the Club of Madrid.

Ricardo Lagos is currently a guest professor at Brown University and President of the Foundation for Democracy and Development, which he founded. 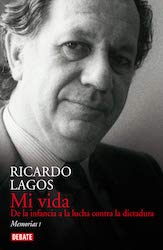 The emotion of politics, progressive ideas, the founding of the Party for Democracy, intimate life with the family, books written and read, the influence of travel, music and culture are some of the traits of this splendid biographical and intellectual picture of a life dedicated to politics. 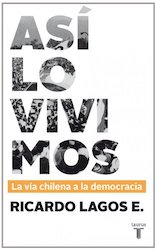 The Chilean road to democracy is a first-person testimony of a protagonist and witness of the most relevant historical events in Chile in the last forty years. From the experiences that led him to dedicate himself to politics and then to become a key figure in national events, former President Ricardo Lagos delivers both anecdotes and an analysis of the singularities of the process that the country went through to recover democracy, the measures that have been taken to improve it and its pending challenges.