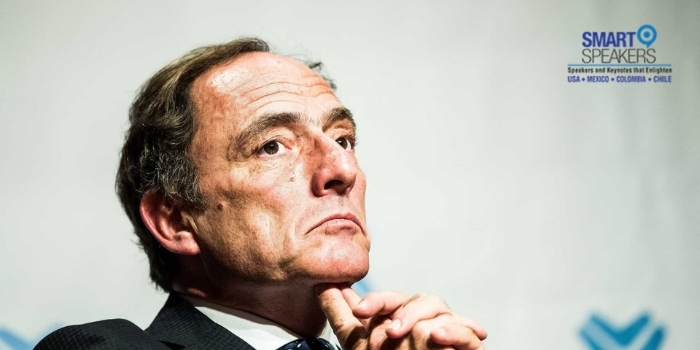 Paulo Portas served as Deputy Prime Minister of Portugal and Minister of Foreign Affairs. He is a driver of economic diplomacy.

Paulo Portas served as Portugal Minister of Foreign Affairs and Deputy Prime Minister, responsible for economic coordination, investment and exports between 2011 and end of 2015. Mr. Portas was elected to government some months after the bailout of Portugal.

Paulo Portas oversaw the relations with “Troika” and the fulfillment of Memorandum. At the same time, he was a key player in building the successful competitiveness case of Portugal. He chaired the Portuguese delegation to more than 40 Joint Bilateral Economic Committees and led around 80 official and business missions to attract investment and promote exports.

Paulo Portas also served as Minister of Defense (2002-2005). He was the leader of the moderate CDS-PP for 16 years, eight of them while in government. He was an MP for eight terms and also a member of the State Council and National Security and Defense Council.

Paulo Portas is the author of the leading international politics program (Global) in Portuguese TV and a frequent speaker in international forums and conferences. He received the highest decorations and awards for foreign personalities of countries like the USA, Brazil, Mexico, Colombia, Peru, Spain, Poland, Romania, among others. He is fluent in Portuguese, English, Spanish, French and Italian.