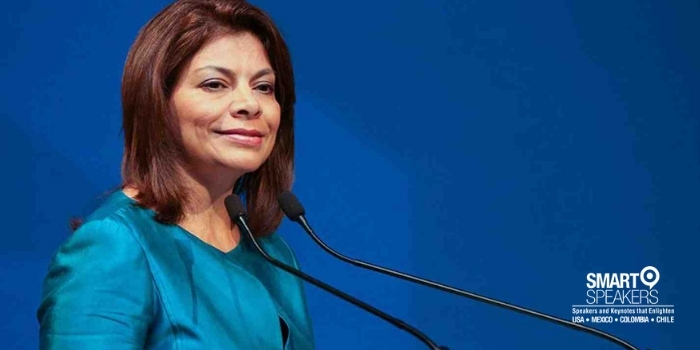 Laura Chinchilla is a top political speaker and the former President of Costa Rica. She was elected in 2010 and is the first Costa Rican woman to lead her country.

Laura Chinchilla is a top political speaker and the former President of Costa Rica. Her election to the Presidency was preceded by a successful political and public service career which she began as Minister of Public Security – the first woman to hold that position. In that position, she also served as President of the National Migration Council and the National Council of Drugs.

In 2002, Laura Chinchilla was elected deputy to the National Congress for four years; as a congresswoman, she assumed the Presidency of the Commissions of Legal Affairs and Drug Trafficking. In 2006, she was elected Vice President of the Republic and assumed the Ministry of Justice as a surcharge. Finally, in 2010 she won the country’s presidency.

During her years of public service, Laura Chinchilla stood out for promoting various policies on citizen security, including the professionalization of the country’s police services, reforms to the criminal and criminal procedure codes, legislation against drug trafficking and organized crime and forms of citizen participation in the prevention of violence. One of her most outstanding achievements in the exercise of the Presidency was the sustained reduction of the main crime rates in Costa Rica, including homicides and femicides.

Laura Chinchilla also promoted measures related to the institutional reforms of the Costa Rican State, open government or digital government, the promotion of women’s rights, the protection of children and environmental sustainability. Her efforts in this last area, especially in the protection of the seas, earned her two important international awards: the “Excellence in the National Oceanic Administration” Peter Benchley Award in 2011, and the “Shark Guardian of the Year award “in 2013.

In addition to her career in the Costa Rican public sector, Laura Chinchilla has worked as a consultant in Latin America and Africa with various international organizations in the area of ​​institutional reform, with particular emphasis on judicial reform and public security reform. Among the projects she has been involved in, it is worth highlighting the diagnosis of the justice sector for the United States Agency for International Development (USAID); the coordination of studies and projects on judicial reform for the United Nations Program United for Development (UNDP) and assessments and advice on police and judicial reform for the Inter-American Development Bank (IDB).

Laura Chinchilla holds honorary doctorates from the United Nations University for Peace, Georgetown University, and the University of Foreign Studies in Kyoto. She is a member of prestigious initiatives that promote dialogue and international cooperation such as the Club de Madrid, the Inter-American Dialogue, and the Euroamerica Foundation. 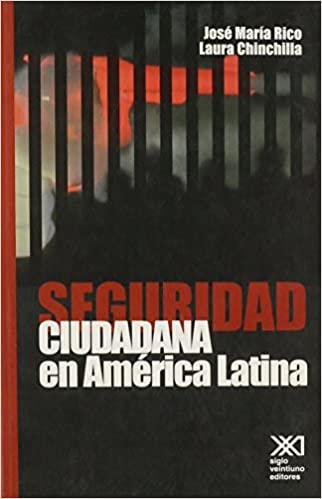 For more than two decades, the issue of citizen security has been one of the leading social problems of almost all Latin American countries, whose citizens are deeply concerned about sharp increases in crime rates, feel increasingly insecure and express their dissatisfaction with the state response to the crime phenomenon.