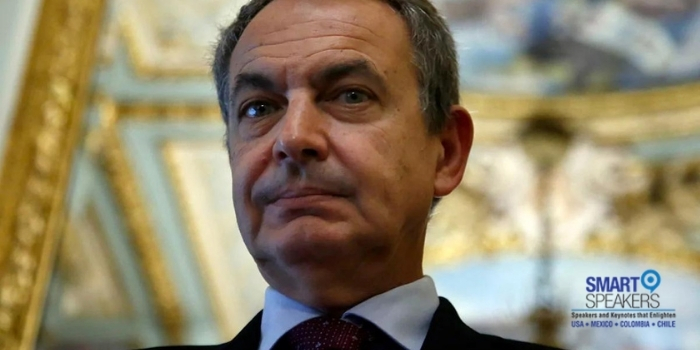 José Luis Rodríguez Zapatero is an influential Spanish politician. He was the Prime Minister of Spain, winning the Spanish Presidential elections for two consecutive terms (2004 and 2008).

José Luis Rodríguez Zapatero has been the only Prime Minister during the Spanish democracy who has gained the support of more than eleven million votes. In fact, he won the Spanish Presidential elections for two consecutive terms (2004 and 2008). The political measures applied by his government focused above all on the development of an extensive programme based on the egalitarian and universal extension of civil rights through pioneering laws.

In the face of the struggle to achieve effective equality between women and men, José Luis Rodríguez Zapatero’s act against Domestic Violence stands out; a comprehensive, new regulatory instrument, which has served as a model for other countries; and the Equality Act, which includes, among other specific measures, the introduction of an extendable 15 days of paternity leave for men, an extension of maternity leave for women, and establishing parity as a rule for lists of candidates, consistent with the personal decision of Mr. Rodríguez Zapatero to establish governments with an equal number of men and women.

Among other laws intended to boost civil rights and equal opportunities, José Luis Rodríguez Zapatero also inspired the act that made same sex marriage possible. This law guarantees equal rights to all types of marriages, including in relation to adoption. He also drove forward the creation of the Dependent Care Act which assures that those who need the assistance of others at all times receive state help. This law created the 4th pillar of the Social State along with the healthcare system, education and the pension system. In that regard, his government was able to increase the minimum pensions and the number of scholarships.

A cornerstone during José Luis Rodríguez Zapatero’s terms of office was that of analyzing the future of Europe within the framework of a devastating global crisis. This boosted Spanish participation in peacekeeping missions (Lebanon, Afghanistan, Haiti, and Libya) under UN and NATO command. He also strengthened Spanish presence in Europe and Latin America. Nevertheless, he did not forget about the importance of relations with emerging powers like China and areas historically linked to Spain such as the countries in the northern region of Africa. A key event in the international arena for Mr. Rodríguez Zapatero was the creation, along with the Turkish Government, of the Alliance of Civilizations (that already has over 100 nations as members), an international initiative that was adopted as an official program by the UN in 2007. 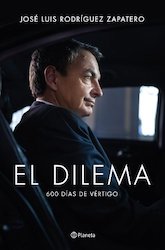 This book reveals unpublished facts and documents of great importance to understand this period, as well as the positions of European and world leaders (Merkel, Sarkozy, Trichet, Obama, among others). It also contains an assessment by the author on political responsibility in the genesis and evolution of the crisis.