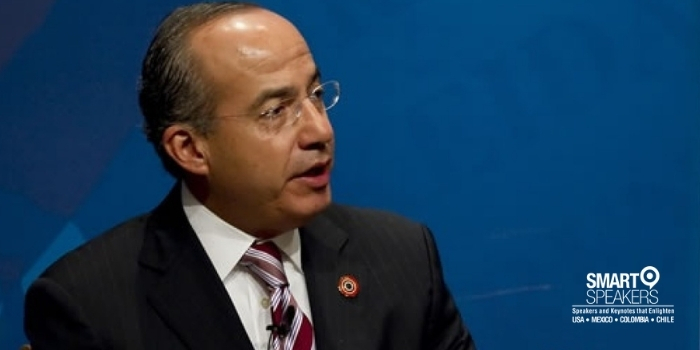 Felipe Calderón was President of Mexico from 2006 to 2012. He managed to boost the growth of the economy during the world economic crisis of 2009 and has distinguished himself for his actions in favor of the environment and sustainable development.

Felipe Calderón served as President of Mexico from 2006 to 2012. Under his administration the Mexican economy registered stability and economic growth, and despite the impact of the 2009 international economic crisis, he boosted competitiveness in Mexico by deregulating the economy, promoting free trade, competition, private investment and technical education, as well as increasing investment in infrastructure to unprecedented levels.

Felipe Calderón chaired the G20 Leaders Summit, the most important global forum for heads of state and government. He also chaired the UN COP 16 Climate Change Conference, which marked a new era of cooperation and a long-term approach for addressing climate change. This Conference delivered significant results such as the creation of the Green Fund, an international mechanism for financing climate change actions.

Prior to his presidency, Felipe Calderón was Secretary of Energy (and in that capacity Chairman of the Board of PEMEX and CFE) and director of BANOBRAS (Public Works Bank). He was also a Congressman, leader of the National Action Party (PAN) in the Congress, and Secretary General and National President of PAN.

Currently, Felipe Calderón is a member of the Board of Directors of Avangrid, President of Sustainable Human Development Foundation, Member of the Board of Directors of the World Resources Institute, Honorary Chairman of the Global Commission on the Economy and Climate, responsible for coordinating the “Better Climate, Better Growth: The New Climate Economy Report”, and President of the new Environment & Sustainability Commission of the International Automobile Federation (FIA).

Felipe Calderón has been named “Statesman of the Year” by the World Economic Forum, and “Champion of the Earth” by the United Nations, he has also received the Teddy Roosevelt International Conservation award, Global Legislators Organization for a Balanced Environment (GLOBE) award, International Star of Energy Efficiency award, among many others recognitions as a global leader on environmental issues. TIME magazine designated him as one of their top 100 influential people in the world.

Felipe Calderón published “Los Retos que Enfrentamos”, a book which points out the main policies carried out during his administration. Its appearance has sparked an intense debate on the public policies that Mexico has followed on its path to development as one of the leading emerging economies. 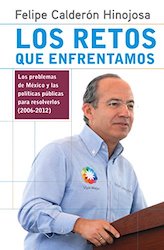 This book is an accountability exercise of a former President of Mexico that offers an unbeatable opportunity to understand the circumstances and motivations behind many government decisions that changed the course of Mexico's history.