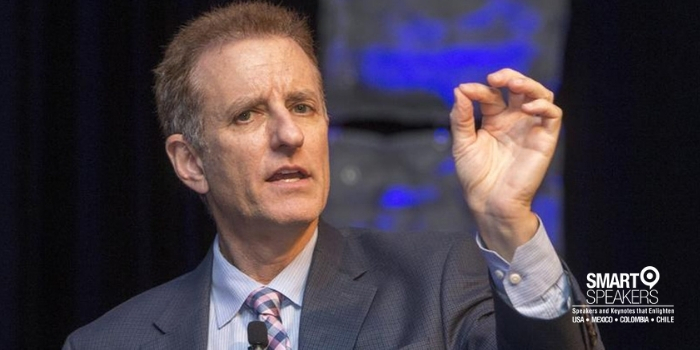 As a frequent commentator on the state of the markets, Todd Buchholz brings his experience as a former White House director of economic policy, a managing director of the $15 billion Tiger hedge fund, and a Harvard economics teacher to the cutting edge of economics, fiscal politics, finance, and business strategy. Buchholz is a frequent guest on ABC News, PBS, and CBS, and he recently hosted his own special on CNBC.

Before joining Tiger, Todd Buchholz was President of the G7 Group, Inc, an international consulting firm whose clientele included many of the top securities firms, investment banks and money managers in New York, London, and Tokyo, including Goldman Sachs and Morgan Stanley. His commentaries were closely read by officials at the Federal Reserve, Bundesbank and Bank of England.

Todd Buchholz has authored numerous critically acclaimed and best-selling books on the economy and leadership, many of which he has developed into successful lectures and speaking events. His books have been translated into a dozen languages and are used in universities worldwide, including at NYU, Duke, and Princeton. Buchholz is praised for his examination of economics, business and entrepreneurship in the context of global society. He has also penned articles for the New York Times, Wall Street Journal, Washington Post, Forbes, and Reader’s Digest.

Todd Buchholz won the Allyn Young Teaching Prize at Harvard and holds advanced degrees in economics and law from Cambridge and Harvard. He was a fellow at Cambridge University in 2009, holds several engineering and design patents and is a co-producer of the Broadway smash “Jersey Boys.” He has been featured alongside such luminaries as Colin Powell, Michael Porter, and Jeff Bezos.

Todd Buchholz has been invited to guide corporate and political leaders around the world, from the UK and New Zealand parliaments, to the Mexican and Abu Dhabi stock exchanges, to tech and entertainment firms in Seoul. Buchholz is widely sought for his depth of experience, sharp wit and honest, entertaining delivery. He puts global politics and financial markets into perspective and offers a positive understanding of the challenges and opportunities facing today’s markets.

An experienced media personality, Todd Buchholz gave a lecture at the White House entitled “Clarity, Honesty and Modesty in Economics,” and has delivered keynote speeches before such influential corporate and financial institutions as Microsoft, IBM, Goldman Sachs and the United States Chamber of Commerce. He has served as a consulting advisor to the White House, Allstate, SAP, and Toyota, and he is routinely asked to provide perspective in newspapers such as the Wall Street Journal and the New York Times. 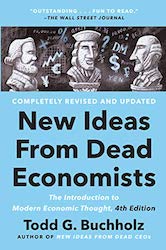 Buchholz offers fascinating insights on the most relevant issues of 2021: climate change, free trade debates, the refugee crisis, growth and conflict in Russia and China, game theory, and behavioral economics. 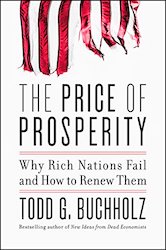 The Price of Prosperity: Why Rich Nations Fail and How to Renew Them

In this bold history and manifesto, a former White House director of economic policy exposes the economic, political, and cultural cracks that wealthy nations face and makes the case for transforming those same vulnerabilities into sources of strength—and the foundation of a national renewal. 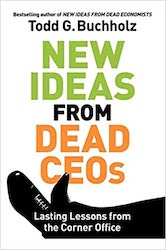 New Ideas from Dead CEOs not only gives us fascinating insights into these CEOs' lives, but also shows how we can apply their ideas to the present-day triumphs and struggles of Sony, Dell, Costco, Carnival Cruises, Time Warner, and numerous other companies trying to figure out how to stay on top or climb back up.

Todd Buchholz and "The Price of Prosperity"