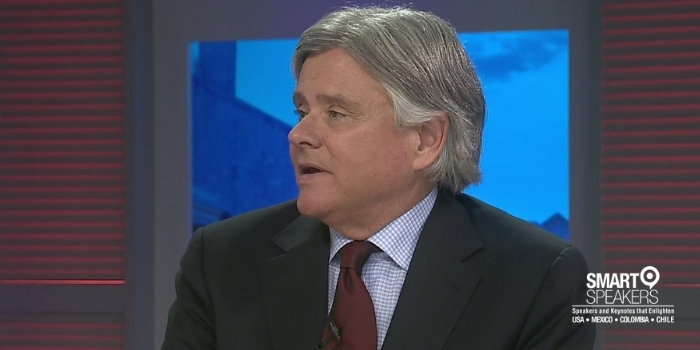 Dr. Ron Faucheux is a nationally respected pollster and public affairs strategist with an extraordinary background in government, political campaigning, and issue advocacy.

Dr. Ron Faucheux is a nationally respected pollster and public affairs strategist with an extraordinary background in government, political campaigning, and issue advocacy. He is President of Clarus Research Group, a nonpartisan survey research firm based in Washington, D.C.

A former member of the House of Representatives in Louisiana, Ron Faucheux also edited and published Campaigns & Elections magazine. He has also served as a U.S. Senate Chief of Staff and headed government affairs for the American Institute of Architects. He teaches at the Public Policy Institute at Georgetown University and the Graduate School of Political Management at George Washington University, where he teaches courses in Running for Office, Campaign Strategy and the History of Presidential Elections.

Ron Faucheux holds a Ph.D. in Political Science with a concentration in Voter Behavior research from the University of New Orleans. He has a Juris Doctor degree from the LSU Law Center, where he served on the Moot Court Board. He received a BSFS degree from Georgetown University, School of Foreign Service.

A member of the American Association for Public Opinion Research and the Marketing Research Association, Ron Faucheux also serves on the Executive Board, Center for Congressional and Presidential Studies, at American University. He is a former member of the Executive Board, Center for American Politics and Citizenship, University of Maryland; New York University Political Campaign Management Program, advisory board; and the Sorensen Institute for Political Leadership at the University of Virginia, advisory board. He was also appointed by President George W. Bush to The National Historical Publications and Records Commission.

Ron Faucheux has appeared over 300 times on national network television programs as an expert nonpartisan analyst and has been interviewed by hundreds of newspapers, radio stations and magazines across the globe. He has been frequently quoted as an authoritative source on a range of issues and has participated in countless panels, seminars, and conferences for university, nonprofit, association, business and civic organizations.

Ron Faucheux is the author of Running for Office, a best-selling book for political candidates, and is editor of the Debate Book, Winning Elections and Campaign Battle Lines. 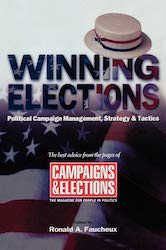 This is an advanced guide to running political campaigns. It provides invaluable, practical advice from the leading pros in the industry. 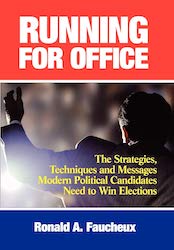 This is your first and last stop for everything you need to know about winning the political game in the modern world of expensive, competitive campaigning.