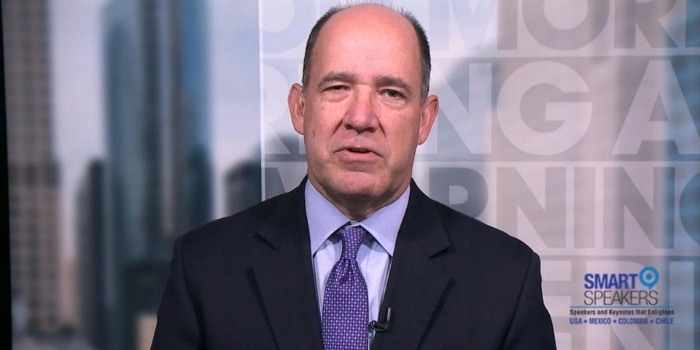 Matthew Dowd is a well-known and respected cultural commentator and strategist. For the past 30 years, he has helped shape strategies and campaigns for CEOs, corporations, foundations, governments, candidates, and presidents.

With triumphant political campaigns under his belt and independence from both political parties, Matthew Dowd uses his wealth of experience and knowledge to provide audiences with a view of America today and the ways our political, economic, and social institutions need to respond—covering not only politics but cultural, economic, and spiritual trends.

Matthew Dowd’s political work includes serving as the chief strategist for two winning reelection efforts—Governor Arnold Schwarzenegger’s 2006 campaign and President George W. Bush’s second White House bid in 2004. His innovative approach on the 2004 and 2000 campaigns led the bipartisan American Association of Political Consultants to name him “Strategist of the Year.” Dowd has also given strategic advice to President Barack Obama after the 2010 midterm elections, Bono at the One Campaign, and the Bill and Melinda Gates Foundation.

Matthew Dowd is also the author of the 2017 book A New Way: Embracing the Paradox as We Lead and Serve, which examines the role of leadership in disruptive times, and the creator of the online community Listen.To.Us., which brings like-minded individuals together to discuss politics and government. Over the last 20 years, Dowd has been an active entrepreneur, founding three highly successful companies including Vianovo and Public Strategies. He additionally founded Paradox Capital, a social impact venture fund which is focused on for-profit social good companies.

Matthew Dowd served as chief political analyst for ABC News where he appeared on This Week, Good Morning America, and Nightline. He regularly contributes to publications including National Journal, the New York Times, the Washington Post, Christian Science Monitor, and the Huffington Post.

Unpredicted and Unprecedented: How We Got Here and Where We’re Going.

Matthew Dowd offers an overview of how we got to this “unique, disruptive moment in our country’s history,” what we can do now to regain control of our democracy, and his personal viewpoint of where we’re headed.

Matthew Dowd gives a roadmap of what might help leaders navigate this uncertain time successfully – whether it is dealing with voters, consumers, or employees. He brings this 30 plus years of experience and expertise to audiences around the country in explaining where America is today and what values and strategies will be best in achieving success. 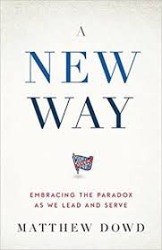 A New Way: Embracing the Paradox as We Lead and Serve

A New Way offers a model for leadership when America needs it most. It allows us to maintain values from our past while looking to the future and working for a better tomorrow.