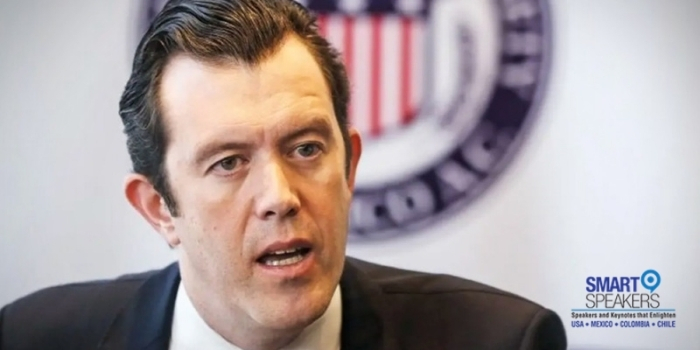 Larry Rubin is the President and Chairman of the Board of The American Society of Mexico, which represents the United States Republican Party in Mexico.

Larry Rubin is the President of the American community in Mexico, together with the U.S. Ambassador in Mexico, who is the Honorary President of the organization, representing the two million Americans living in-country, all the American companies and American NGOs. Rubin is the Managing Partner of Mexico & Latin America for DHR International, one of the largest search firms in the world, where he has placed top level executives and helped place Board members as well.

For 20 years, Larry Rubin has been CEO of several American companies. For 11 consecutive years Rubin was in the Board of the American Chamber of Commerce, becoming the CEO, where he worked for U.S. business interests for close to a decade, representing American investment in Mexico. Whilst being the CEO of the Chamber, he was instrumental in supporting important initiatives and legislative proposals, as well as being critical of those that would hurt Mexico and it’s investors.

Larry Rubin was the Managing Director for American Airlines in Mexico, a position he reached at 24 years of age. In that role, he was elected as First Vice President of the National Air Transport Chamber and was also in the Board of Directors of CONCAMIN, the confederation of Industrial Chambers and is now a Vice President of that very important umbrella organization. Rubin is also a professor of the Universidad Anáhuac and part of the Board of his faculty.

Often cited and written about in the best Mexican publications and TV programs, Larry Rubin also writes as a columnist for Reforma, Expansion and Forbes in Mexico. He has been featured in USA Today, NBC other U.S. publications and media as a businessman and expert on the U.S.-Mexico bilateral relationship. Because of his merits, he was considered for Ambassador of the United States in Mexico by the current administration. He has two honoris causa doctorates in issues pertaining to the bilateral relations.