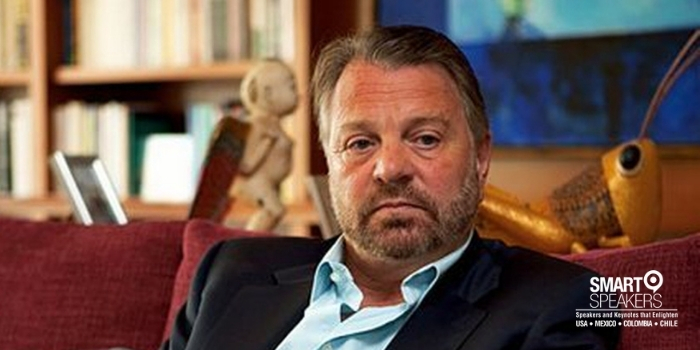 Jorge Castañeda was Foreign Minister of Mexico from 2000 to 2003. He is a renowned public intellectual, political scientist, and prolific writer, with an interest in Mexican and Latin American politics, comparative politics and US-Mexican and U.S.-Latin American relations.

Born in Mexico City in 1953, Jorge Castañeda received a B. A. from Princeton University and a B. A. from Universite de Paris-I (Pantheon-Sorbonne), an M. A. from the École Pratique de Hautes Etudes, and his Ph. D. in Economic History from the University of Paris-I.

Jorge Castañeda taught at Mexico’s National Autonomous University (UNAM) from 1978 through 2004, at Princeton University, and the University of California, Berkeley and (since 1997) at NYU. Castañeda was a Senior Associate at the Carnegie Endowment for International Peace (1985-87) and was a John D. and Catherine T. MacArthur Foundation Research and Writing Grant Recipient (1989-1991).

Jorge Castañeda has more than 15 books published in the United States and elsewhere. He is a regular columnist for Revista Nexos, Reforma, El País and The New York Times. In 1997, he was appointed Global Distinguished Professor of Political Science and Latin American Studies at New York University. He has been an Emeritus Member of Human Rights Watch since 2003. In April 2008, Castañeda was elected Foreign Honorary Member of the American Academy of Arts and Sciences, and International Member of the American Philosophical Society. 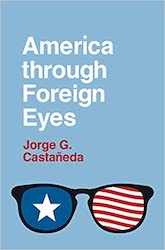 Do Americans care what foreigners think about the United States? This book makes the case that they should. In these pages, Jorge Castañeda writes from his unique vantage point as a former Foreign Minister of Mexico who has lived, studied, and worked in America. He offers an impressionistic, analytical, and intuitive review of his experience in the country over the last half-century, and shows how foreigners can provide perspective on the United States' true nature. Castañeda brings a different viewpoint to issues ranging from purported American exceptionalism, uniformity, race and religion, culture, immigration, and the death penalty. 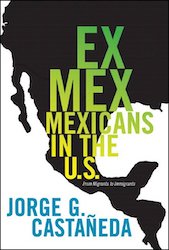 Ex Mex: From Migrants to Immigrants

In “portraits that defy American stereotypes of who is a Mexican immigrant”, former Mexican foreign minister and eminent scholar Jorge Castañeda describes just who makes up the newest generation of immigrants from Mexico, why they have chosen to live in the United States, where they work, and what they ultimately hope to achieve. Drawing on his wide-ranging experience, Casteñeda examines the century-long historical background behind the labor exchange between Mexico and the United States, while offering an insider's account of the official conversations and secret negotiations between the two countries in recent years. 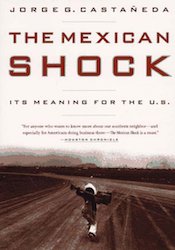 The Mexican Shock: Its Meaning for the United States

Mexico's fate is increasingly entwined with that of the United States. In this book, Castañeeda examines the key issues in Mexican life: the impact of emigration, the relationship between politics and economics and the cultural changes taking place as Mexico moves closer to the United States. He also examines the United State's changing perceptions of Mexico and the basic historic and cultural outlooks that still divide the two countries. Finally, the campaign behind Proposition 187 in California is examined, with a discussion of the mix of ignorance and bias that has formed so much of America's reaction to Mexico.