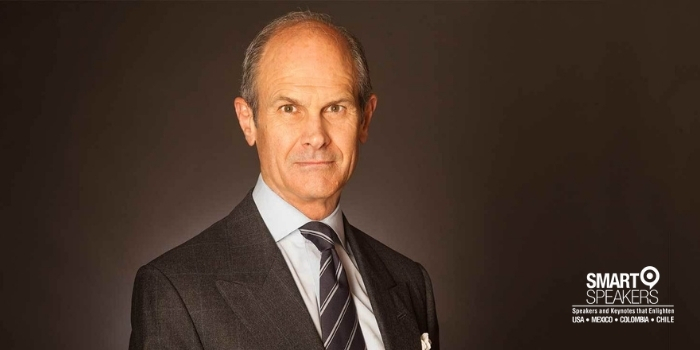 Geoff Colvin is one of America's most respected business analysts, editor of Fortune magazine and moderator of the prestigious 'Fortune CEO Forums', which each year bring together the brightest minds in business.

As Fortune magazine’s senior editor-at-large, Geoff Colvin is now in his fourth decade at Fortune. He is one of business journalism’s sharpest and most respected commentators on leadership, management, globalization, government regulation, corporate governance, competition, the economy, the InfoTech revolution, human performance and related issues.

Geoff Colvin’s columns and cover stories in Fortune have earned him millions of loyal fans, many of whom also hear him on the CBS Radio Network, where he reaches seven million listeners each week. Colvin is the author of four books,including the groundbreaking international bestseller Talent Is Overrated: What Really Separates World-Class Performers from Everybody Else. His latest book is The New York Times bestseller Humans are Underrated, which looks at the future of work and how humans will fit into a workplace filled with robots and smart technology.

A native of Vermillion, South Dakota, Geoff Colvin is an honors graduate of Harvard with a degree in economics and has an M.B.A. from New York University’s Stern School of Business.

Confronting Reality: Leading Ahead of Disruption

The Future of Work – How Will Humans Fit In?

Geoff reveals what top organizations are doing to prepare for the future of work.

Where Is This Economy Headed?

Geoff helps audiences make sense of the forces driving economic change – offering a glimpse of where each may take you and your business.

Confronting Technology – Are You Ready?

Geoff describes what’s happening in an exciting, accessible way and shows how today’s most successful businesses are thinking and acting in new ways to own the incredible future. Geoff’s presentation will help align your people and make them more disciplined in confronting the future.

Talent Is Overrated – How Great Performers Really Got Great

Geoff demonstrates that world-class performance comes from behaviors that every person and organization can adopt. Those who apply these principles gain a tremendous competitive advantage and Geoff cites relevant examples to prove it and launch an important conversation in your organization. 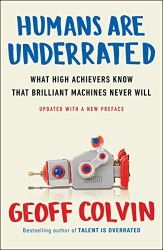 Humans Are Underrated: What High Achievers Know That Brilliant Machines Never Will

As technology advances, we shouldn’t focus on beating computers at what they do. Instead, we must develop our most essential human abilities and teach our kids to value not just technology but also the richness of interpersonal experience. They will be the most valuable people in our world because of it. In a transformed economy, Geoff Colvin proves that to a far greater degree than most of us ever imagined, we already have what it takes to be great. 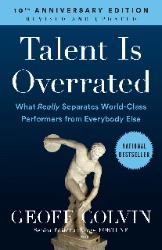 Talent Is Overrated: What Really Separates World-Class Performers From Everybody Else

The key is what researchers call deliberate practice – but beware, because it isn’t what most of us do when we think we’re practicing. It’s a well-defined set of activities that world-class performers pursue diligently. More of it equals better performance. Tons of it equals great performance. 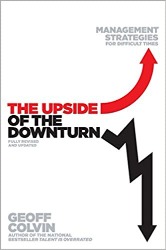 The Upside of the Downturn: Management Strategies for Difficult Times

Geoff Colvin shows how most companies are foolishly following the traditional rules for managing through recessions and expansions. Those companies will weaken and fade. The best business leaders understand that today’s new rules present a huge opportunity, which they’re grabbing and running with fast.

Geoff Colvin | Lessons for Communicators in an Unpredictable World | Part 1