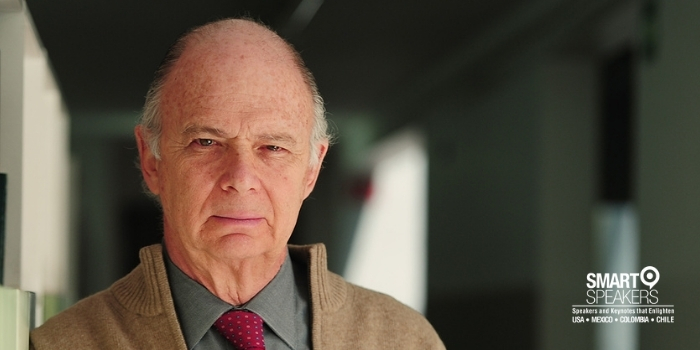 Enrique Krauze is an author, critic, media entrepreneur, and historian. In 1991 he founded Clío, which publishes books on the history of Mexico and produces documentaries and television series.  He is the director of the journal, Letras Libres.

Since 1985, Enrique Krauze has written for Dissent, The New Republic, The New York Times, The Washington Post and The New York Review of Books. As a writer, he has engaged various genres:  literary and historical essays, biographies, and interviews.

Enrique Krauze’s awards and recognitions include the Civil Order of Alfonso X, the Wise; the National History Award of Mexico; the Inter-American Press Association’s Grand Chapultepec Award; and the Caballero Bonald Foundation’s International Essay Award for his work, Redentores. He was also appointed member of the Colegio Nacional in Mexico.

Krauze shows how history becomes biography during the century of caudillos from the insurgent priests in 1810 to Porfirio and the Revolution in 1910. The Revolutionary era, ending in 1940, was dominated by the lives of seven presidents -- Madero, Zapata, Villa, Carranza, Obregon, Calles and Cardenas. Since 1940, the dominant power of the presidency has continued through years of boom and bust and crisis. A major question for the modern state, with today's president Zedillo, is whether that power can be decentralized, to end the cycles of history as biographies of power. 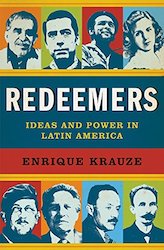 In Redeemers, acclaimed historian Enrique Krauze presents the major ideas that have formed the modern Latin American political mind during the late nineteenth and twentieth centuries—and looks closely at how these ideas were expressed in the lives of influential revolutionaries, thinkers, poets, and novelists.