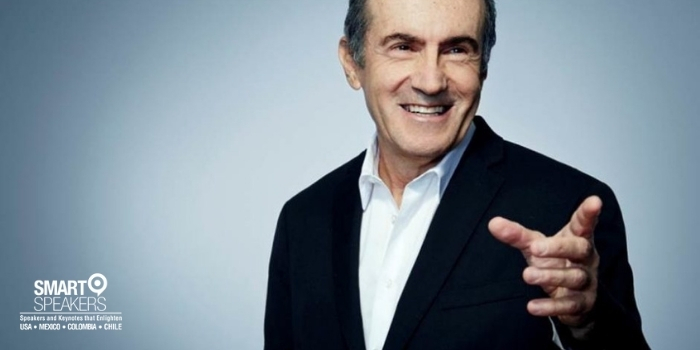 Andrés Oppenheimer is an Argentine journalist, columnist for The Miami Herald and political analyst for CNN. He has been awarded the Pulitzer, Ortega y Gasset Prizes as well as the María Moors Cabot and the King of Spain Prize.

Andrés Oppenheimer is the award-winning syndicated foreign affairs columnist with The Miami Herald, anchor of «Oppenheimer Presenta» on CNN En Español, which airs on prime-time on Sunday nights and is one of the most prestigious current affairs shows in Spanish-language television. He is also the author of seven books, several of which have been published in English, Spanish, Portuguese and Japanese.

Andrés Oppenheimer’s column, «The Oppenheimer Report» appears twice a week in The Miami Herald and more than 60 U.S. and international newspapers, including the Miami Herald, La Nación of Argentina, Reforma of Mexico, El Mercurio of Chile and El Comercio of Peru. He is the author of «The Robots Are Coming!: The Future of Jobs in the Age of Automation», «Innovate or Die!», “Saving the Americas” and six other best-selling books.

Andrés Oppenheimer’s previous jobs at The Miami Herald included Mexico City bureau chief, foreign correspondent, and business writer. He previously worked for five years with The Associated Press in New York, and has contributed on a free-lance basis to The New York Times, The Washington Post, The New Republic, the BBC, CBS’ “60 Minutes”, and El Pais of Spain.

Andrés Oppenheimer was selected by the Forbes Media Guide as one of the “500 most important journalists” of the United States in 1993, and by Poder Magazine as one of the “100 most powerful people” in Latin America in 2002 and 2008.

Born in Buenos Aires, Argentina, Andrés Oppenheimer studied law, and moved to the United States in 1976 with a fellowship from the World Press Institute. After a year at Macalester College in St. Paul, Minnesota, he obtained a Master’s degree in Journalism from Columbia University in New York City in 1978. He has honorary PHD. degrees from the Galileo University of Guatemala (2004), Domingo Savio University of Bolivia (2011); and Esan University of Peru (2014).

Andrés Oppenheimer is the co-winner of the 1987 Pulitzer Prize as a member of The Miami Herald team that uncovered the Iran-Contra scandal. He won the Inter-American Press Association Award twice (1989 and 1994), and the 1997 award of the National Association of Hispanic Journalists. He is the winner of the 1993 Ortega y Gasset Award of Spain’s daily El País, the 1998 Maria Moors Cabot Award of Columbia University, the 2001 King of Spain Award, given out by the Spanish news agency EFE and King Juan Carlos I of Spain, the Overseas Press Club Award in 2002, and the Suncoast Emmy award from the National Academy of Television, Arts and Sciences in 2006. 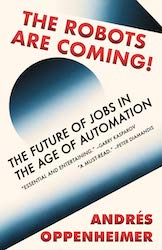 The Robots Are Coming!: The Future of Jobs in the Age of Automation

The Robots Are Coming! centers around the issue of jobs and their future in the context of rapid automation and the growth of online products and services. He contrasts the perspectives of "techno-optimists" with those of "techno-negativists" and generally attempts to find a middle ground between an alarmist vision of the future, and one that is too uncritical. A self-described "cautious optimist", Oppenheimer believes that technology will not create massive unemployment, but rather will drastically change what work looks like. 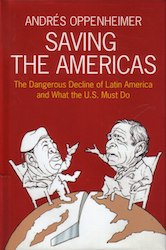 As an acknowledged expert on Latin America, Oppenheimer uses his experience and reporting skills to show how this region is becoming increasingly less important on the world stage, and the resulting negative effects on the lives of Americans.