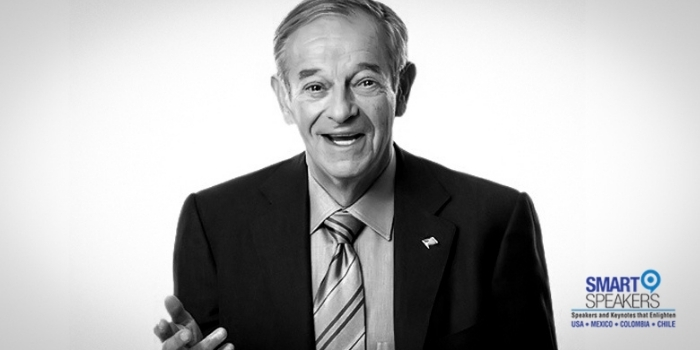 Herb Cohen is an expert negotiator of the world’s headline dramas, from hostile takeovers to hostage negotiations. His clients include the FBI, the CIA, and the US Department of Justice.

For more than three decades, Herb Cohen has been a practicing negotiator, intimately enmeshed in some of the world’s headline dramas from hostile takeovers to hostage negotiations. His clients have included business executives, entrepreneurs, sports and theatrical agents plus large corporations and governmental agencies, such as the Department of State, FBI, CIA, The US Conference of Mayors and US Department of Justice.

Unlike some theorists, Herb Cohen was actively involved in the negotiations that settled the NFL players’ strike and the General Motors Chevy mobile litigation and also participated in the START Arms Control Negotiations with the Soviet Union.

Herb Cohen started formally teaching the subject of negotiations during a two week course for attorneys in 1963 sponsored by Allstate Insurance Company. It was then he first used the terms “Win-Win. Win-Lose, Lose-Lose”.

Herb Cohen’s analysis, insights and humorous view of many of these high-level happenings have appeared in many international publications, and he himself has been the subject of articles in TIME magazine, People, The Economist, The New Yorker, Esquire, Reader's Digest, Good Housekeeping, Newsweek, Rolling Stone and even Playboy Magazine.

Herb Cohen is the author of You Can Negotiate Anything which was on the New York Times best-seller list for almost one year and has been translated into thirty languages. His latest book, Negotiate This! By Caring But Not T-H-A-T Much was published in mid-September 2003.

During the Cold War, Herb Cohen served with the U.S. Army, 14th Armored Cavalry Regiment on the East-West Border in Bad Kissingen, Germany. 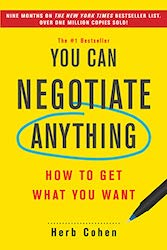 You Can Negotiate Anything: The Groundbreaking Original Guide to Negotiation

In clear, accessible steps, he reveals how anyone can use the three crucial variables of Power, Time, and Information to always reach a win-win negotiation. 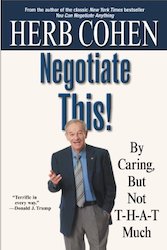 Negotiate This!: By Caring, But Not T-H-A-T Much

Herb Cohen explains how the reader can learn powerful yet subtle negotiating ploys to help them in their business, career, and even family relationships.