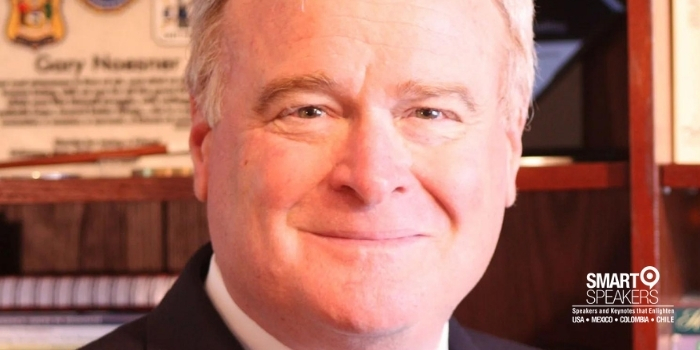 Gary Noesner retired from the FBI in 2003 following an outstanding 30-year career as an investigator, instructor, and negotiator. He is now an acclaimed consultant and keynote speaker.

Gary Noesner retired from the FBI in 2003, following a 30-year career as an investigator, instructor, and negotiator. A significant focus of his career was directed toward investigating Middle East hijackings in which American citizens were victimized. In addition, he was an FBI hostage negotiator for 23 years of his career, retiring as the Chief of the FBI's Crisis Negotiation Unit, Critical Incident Response Group, the first person to hold that position. In that capacity, he was heavily involved in numerous crisis incidents covering prison riots, right-wing militia standoffs, religious zealot sieges, terrorist embassy takeovers, airplane hijackings, and over 120 overseas kidnapping cases involving American citizens.

Following his retirement from the FBI, Gary Noesner became a Senior Vice President with Control Risks, an international risk consultancy, assisting clients in managing overseas kidnap incidents. He continues to Consult independently and speaks at law enforcement conferences and corporate gatherings around the world.

Gary Noesner has appeared in numerous television documentaries about hostage negotiation, terrorism, and kidnapping produced by the History Channel, Nat Geo, WE, Discovery, TLC, A&E, CNN, CBS, BBC, American Heroes Network, and others. Noesner has been interviewed in Time, Forbes, The New Yorker, The Washington Post, The New York Times, Roll Call, The Washingtonian Magazine, The Christian Science Monitor, and other publications. He has given speeches at major universities, done interviews on numerous radio and television programs, and was the subject of an hour-long interview on NPR's Fresh Air in 2010.

Gary Noesner has written a book about his FBI negotiation career which was published by Penguin Random House in 2010, entitled: Stalling for Time: My Life as an FBI Hostage Negotiator. The book was used in part as the basis for a six part mini-series on Waco shown on the Paramount Network on January 24, 2018.

Negotiations In Life And Work: Moving From Conflict To Cooperation

Stalling for Time: My Life as an FBI Hostage Negotiator

In Stalling for Time, Gary Noesner, the FBI’s chief hostage negotiator, takes readers on a harrowing tour through many of the most famous hostage crises in the history of the modern FBI.