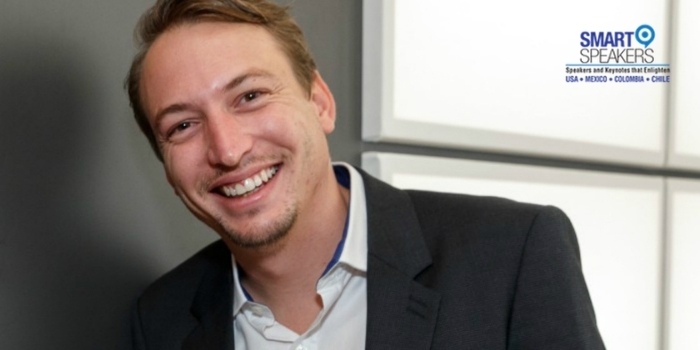 Nicolás Celis is a young Mexican producer recognized for being the co-producer of the multi-award-winning film ‘Roma’ (2018) by famed director Alfonso Cuarón.

Nicolás Celis is a young Mexican producer recognized for being the co-producer of the multi-award-winning film ‘Roma’ (2018) by famed director Alfonso Cuarón. In addition, he has stood out for working on original projects with a social artistic content and a deep international impact. He is the founder of the production house ‘Pimienta Films’, named “one of the best production houses in Mexico” by the prestigious Variety magazine.

At the beginning of his career, Nicolás Celis collaborated on the first short films of the Mexican director Elisa Miller. Among them are: ‘Ver llover’ (2006), winner of the Palme d'Or at the 59th Cannes Film Festival; and 'Roma' (2008), part of the 61st Critics' Week in Cannes. A short time later, Celis produced the feature film ‘Somos lo que hay’ (2010), director Jorge Michel Grau's debut feature, which competed for the Golden Camera at the 63rd Cannes Film Festival. Later, Celis began a close collaborative relationship with director Tatiana Huezo when he produced her first documentary ‘El lugar más pequeño’ (2011).

A few years later, Nicolás Celis participated in the award-winning film ‘Heli’ (2013), by Amat Escalante. Later, he worked on the production of ‘Desierto’ (2015), the second feature film by director Jonás Cuarón, winner of the FIPRESCI award at the 40th Toronto Film Festival. In 2016, Celis worked for the second time with Amat Escalante, in the feature film ‘La región salvaje’ (2016), premiered at the 73rd Venice International Film Festival.

From that year on, Nicolás Celis would begin to produce 'Roma', with which they would receive more than 200 awards around the world, including a Golden Lion award for Best Film at the 75th Venice Film Festival, four BAFTAs, ten Ariel, two Golden Globes and three Oscars. Among his most recent projects is the Mexican co-production ‘Pájaros de verano’ (2018), selected for the opening of the Directors' Fortnight at the Cannes Film Festival.

In addition to his work as a producer, Nicolás Celis has dedicated himself to supporting new generations of producers and distributors. He gives workshops, master classes and conferences to share his knowledge with the rest of the film community.