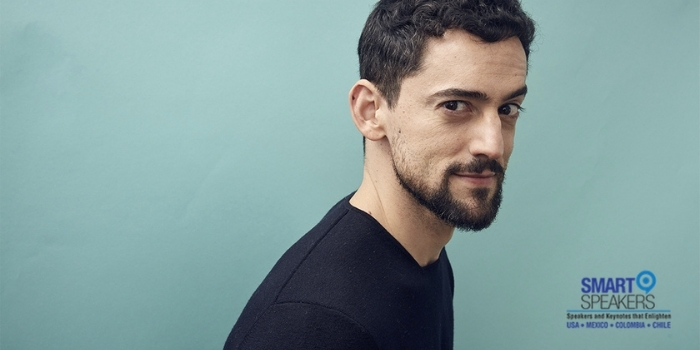 Luis Gerardo Méndez is a famous theater, film and television actor. He has stood out for his participation in "Nosotros los Nobles", "Club de Cuervos" and "Murder Mystery".

Luis Gerardo Méndez is a Mexican actor and producer. Having previously mostly appeared in smaller films and on television, Méndez shot to fame with his starring role in the 2013 comedy film “Nosotros los Nobles” (We Are The Nobles), which for a few months was Mexico's highest-ever grossing film. The following year he played a role in the movie Cantinflas, and from 2015 to 2019 he co-produced and co-starred in Club de Cuervos, Netflix's first ever original production in Spanish.

Luis Gerardo Méndez, one of Mexico's biggest stars, recently starred in the Netflix original feature Murder Mystery, opposite Adam Sandler and Jennifer Aniston. He also had a key role in Charlie's Angels. Both productions mark Luis' entrance into the U.S. marketplace with English speaking roles.

For his role as Javi Noble in The Noble Family (2013), Méndez was nominated for the Ariel Award for Best Actor. He won a New York Latin ACE Awards for Best Supporting Actor in a Motion Picture for his role in Cantinflas (2014). In 2019, Méndez received a second Ariel Award nomination for Best Actor for his lead role in Bayoneta.