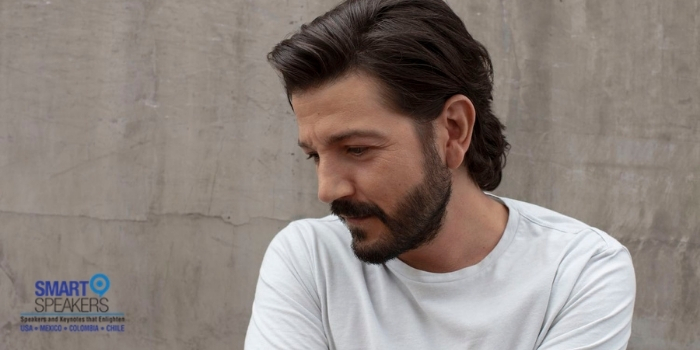 A prodigious actor, producer and film director, Diego Luna has stood out for his appearances in films such as “Y Tu Mamá También” and “Rogue One: A Star Wars Story”.

Diego Luna began his film career at the age of 8 with the short film 'El Último Fin de Báter'. He participated in the telenovela 'El abuelo y yo' alongside Gael García Bernal. He alternated between film and television for the rest of the decade and, in 2001, he rose to stardom with Gael in the film "Y Tu Mamá También" which became an international success. He made his debut in American cinema with 'Antes que anochezca' (2000), a biopic about the Cuban writer Reinaldo Arenas, who was played by Javier Bardem.

Diego Luna and Gael García Bernal are owners of Producciones Canana, through which they support the festival 'Ambulante', a documentary tour. The company recently teamed up with Discovery Channel-owned Golden Phoenix Productions to co-produce several television documentaries about the unsolved murders of more than 300 women in the border city of Ciudad Juárez, across from El Paso, Texas. In 2011, Ambulante received the prestigious Human Rights Award from the Washington Office for Latin American Affairs.

Today, Diego Luna is a member of the board of directors of WOLA and, in January 2015, he narrated a video made by WOLA, 'Forgotten on the border', which shows the reality of Mexican migrant children fleeing to the north of violence in your country.