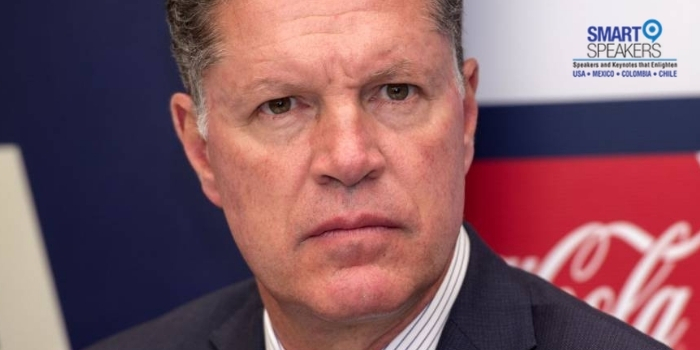 Ricardo Peláez has established himself as one of the most important sports figures in soccer by having an upward career. When Club América was going through a crisis in previous years, he was required to assume the position of President of Club América. He summons Miguel “El Piojo” Herrera to lead the team as its technical director, giving an important turn to the team, repositioning it as the best in the tournament and the most popular among the people. He won the championship in the unforgettable match between América and Cruz Azul in Liga MX 2013, scoring two goals at the last minute.

Ricardo Peláez set an important guideline for the Mexican National Team just when he was in a visible crisis under a series of lost matches in which they were about to miss the opportunity to obtain a pass to the 2014 World Cup in Brazil. Peláez joined as Sports Director of National Soccer Teams and, together with Miguel “El Piojo” Herrera, obtained the qualification and the best result of Mexican teams in history at the 2014 World Cup in Brazil.

Ricardo Peláez, in his career, has scored more than 180 goals. As a player for the National Team, he participated in the 1994 and 1998 World Cups and Qualifiers. He was Director of the National Teams Commission at the 2002 Japan-Korea World Cup, in addition to having served as Director of the National Teams Commission at the World. In 2004, Peláez became a soccer commentator on Televisa, and he lent his voice, along with Enrique Bermúdez, for the commentators of the Spanish version of the last 3 FIFA video games on EA Sports.

Ricardo Peláez shares the skills and success strategies that allowed him to reach the top of soccer in highly dynamic conferences that are applicable to other professional environments.