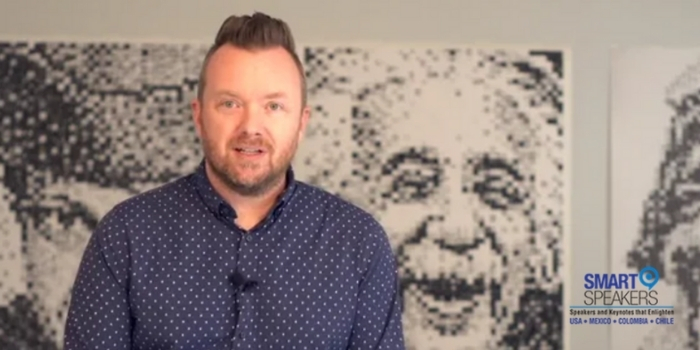 Referred to by his fans as “the Artist for the People”, Phil Hansen is an internationally recognized multimedia artist, speaker, author and innovator. His inspirational story was first shared on the TED stage to a standing ovation, and then shared around the world including on PBS, BBC and CCTV.

Crashing irreverently through conventional boundaries, Phil Hansen works at the intersection of traditional art, electronic media, offbeat materials, and interactive experiences. He is most widely known for his meta-art, videos that document the creation process (sometimes even through destruction), showing millions that art is action, not just result.

Phil Hansen’s work also extends deeply into traditional media with features on the Discovery Channel, Good Morning America, the Rachael Ray Show, and Last Call with Carson Daly, Glamour and many more. His work is sought-after by many influential clients including the Grammy Awards, Disney, Skype, Mazda and the Rockefeller Foundation.

For the tens of millions who have seen Phil Hansen’s art on TV and online, it’s hard to imagine that his artistic journey nearly came to an end when a tremor developed in his drawing hand. In exploring new ways to create art, Hansen discovered that by embracing his shake, limitations could become the passageway to creativity.

Phil Hansen’s inspirational story was first shared on the TED stage to a standing ovation. Now, his ability to draw parallels to the business setting has won him followers among industry and business leaders, leading to invitations to speak at the TED2013 conference, Adobe MAX Creativity Conference, World 2Summit of Nobel Peace Laureates, and the Million Dollar Round Table.

Besides speaking and doing art, Phil Hansen is an advocate for advancing art education. He’s the author of Tattoo a Banana, a guide to exploring creativity through art with everyday materials. And he’s the founder of Goodbye-Art Academy, providing high quality and free art education videos to teachers and students everywhere.

Phil’s powerful message of finding creativity within limitations will inspire you to stop looking on the outside, and start looking inside yourself for resources that can transform your challenges into opportunities for success. 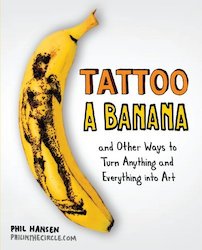 Tattoo a Banana: And Other Ways to Turn Anything and Everything Into Art

Tattoo a Banana is an innovative approach to creativity by internationally recognized artist Phil Hansen. This fun and captivating guide will have you creating art with anything at hand - like a piece of toast, your own fingerprints, or a stack of marshmallows - showing how to develop everyday creativity with offbeat techniques. 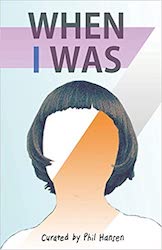 When I was 7: Hundreds of memories from when people were 7 years old

This book is an anthology containing over 600 stories from when people were 7 years old, flip anywhere and read. The stories will make you squirm, cringe, laugh, tear up - some will raise your pulse or cause you to sigh with relaxed contemplation. You will certainly find many stories that remind you of childhood. 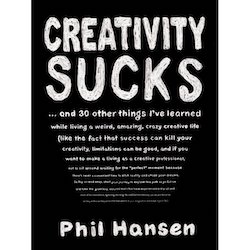 In this insightful and heartfelt guide, artist and speaker Phil Hansen shares his hard-won wisdom from the frontlines of life as a professional creative.He also shares helpful tips on how to put yourself in the prime creative mindset, how to build a support system, and how to create art that sells.

The power of constraints: Phil Hansen at TEDxKC