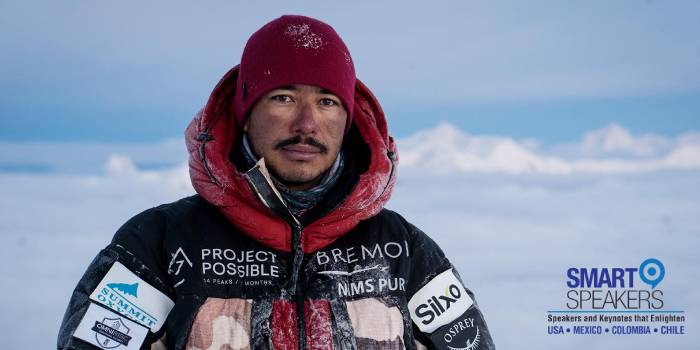 Holder of 7 Guinness World Records, Nirmal Purja is an admirable mountaineer distinguished for being the first to scale all 14 of the world's 8,000-meter peaks in less than seven months.

Nirmal Purja is a former Gurkha, special forces soldier and record-breaking mountaineer. He served in the UK military for 16 years, 10 of which were in the secretive world of the UK’s Special Forces. As a former special forces operator, he has placed himself in harm’s way, defending the freedom we enjoy. Nims is an expert speaker on motivation and resilience.

Having left the Armed Forces in early 2019, Nirma Purja has been the first mountaineer to climb all 14 of the world’s 8,000m peaks in under 7 months. This vast and unprecedented undertaking threw Nims into the limelight with the extraordinarily successful Netflix Documentary – “14 Peaks”. In just 6 months and 6 days, Nims completed the challenge he named “Project Possible”, smashing the previous record of almost eight years and taking his place in mountaineering history. He is the holder of further six world records.

Thanks to his physiology, training, mindset and sheer humanity, Nirmal Purja has been capable of achieving things beyond even the most experienced climber. He now leads climbing expeditions all over the world and speaks to audiences about his experiences, explaining how a combination of mindset, focus, training and determination can lead to ultimate success. 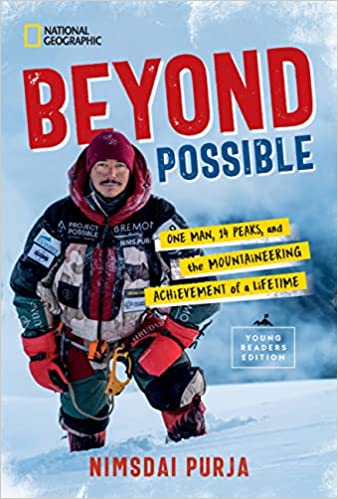 Beyond Possible
In this action-packed memoir, young readers will not only learn how Purja physically accomplished this incredible feat, but also how his attitude, leadership skills, and willingness to learn from mistakes took him to the top. From his childhood growing up in Nepal, to a career as an elite soldier in the British army, Purja shows how his early life shaped him and enabled him to go beyond what people though was possible.
Book Nirmal Purja

GREATEST SPEECH EVER - Nimsdai on Self Discipline & Motivation | MOST INSPIRING!