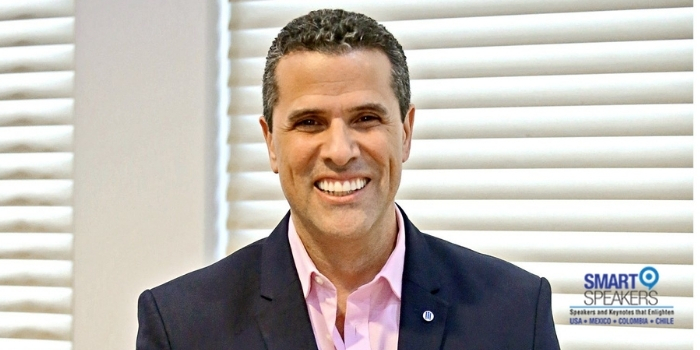 Marco Antonio Regil was born in Tijuana, Mexico. He had the blessing of knowing at an early age what his true passion in life was, at 15 when he was able to start his journey as a radio host after winning a local “Grupo Uniradio” talent search contest. At the age of 18, he turned his hobby into his full-time job, and from that moment on, he has worked non-stop for more than 35 years in radio and television.

Marco Antonio Regil joined the Televisa Tijuana team, then led by Mr. Emilio Azcárraga Jean. Later, he became the host of shows like 'Todo el mundo cree que sabe' and 'Atínale al precio'. Due to his vast experience, he has been invited to host the most important events inside and outside of Mexico, such as festivals, beauty contests, Teletón in Central America, Ritmo Son and a large number of television specials.

In 2010, Marco Antonio Regil participated in the production of the film "Megamind", giving life with his voice to the hero Metro Man. Since 2008, he has also been an activist for the rights of animals, people with disabilities and promoter of financial education.

In addition, for more than 20 years Marco Antonio Regil has had the pleasure and privilege of giving keynotes and training for hundreds of thousands of people in large companies, universities, organizations and the general public in the United States, Mexico and other countries.

Marco Antonio Regil has a master's degree in Spiritual Psychology from the University of Santa Monica in Los Angeles, taught by Doctors Ron and Mary Hulnick, authors of the book "Loyalty to your soul." Some of his mentors are Robert Kiyosaki, author of the bestselling "Rich Dad, Poor Dad," and Blair Singer, author of "Dog Sellers" and "The Little Voice," Sri Dharma Mittra, Eckhart Tolle, Michael B. Beckwith, and Jayne Johnson.