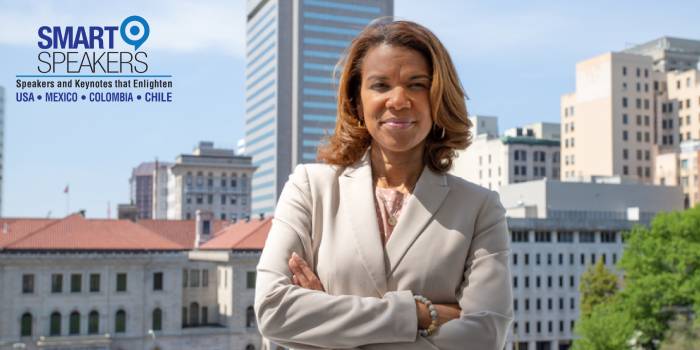 Growing up as an only child in the suburbs of Richmond, Virginia, Kemba Smith Pradia led a privileged and sheltered childhood. After graduating from high school in 1989, she left the security of her family to continue her education at the prestigious Hampton University in Hampton, Virginia. What happened to Smith in her new campus environment was a nightmare: away from the protective watch of her mother and father and in an attempt to “fit in,” she fell in with the wrong crowd and became involved with a drug dealer. He was a major figure in a crack cocaine ring and drew Smith right in the middle of his life with physical, mental, and emotional abuse, disguised as “love.”

Eventually, after enduring a turbulent four-year relationship with him, Kemba Smith was sentenced to 24.5 years and served 6.5 of those in federal prison. Fortunately, she regained her freedom after President Clinton granted her clemency in December 2000. Her case drew support from across the nation and the world in a crusade to reverse a disturbing trend in the rise of lengthy sentences for first time, non-violent offenders. Her story has been featured on CNN, Nightline, Court TV, The Early Morning Show, Judge Hatchett, and a host of other television programs, along with several publications such as The Washington Post, The New York Times, Glamour, People, JET, Emerge, Heat and Soul, and Essence magazines.

Kemba Smith's traumatic real-life experience forces today’s students to recognize that there are consequences to their life choices. She has been corporately sponsored to speak at a variety of high schools and college venues by Proctor & Gamble, Bank One Academy, Shell Corporation, BET, Traveler’s Foundation, and Verizon. Rainforest Films also acquired the rights to produce Smith’s life story into a film. Rainforest Films is based out of Atlanta and has produced such acclaimed films as Stomp the Yard, This Christmas, Obsessed, Takers, and Think Like a Man.

She is a graduate of Virginia Union University and was a past recipient for a two year Soros Justice Postgraduate Fellowship for advocates. She has spoken on panels, testifying before Congress and the United Nations regarding a variety of criminal justice issues, including crack cocaine sentencing, mandatory drug sentencing, women and incarceration, felony disenfranchisement, and re-entry. Currently, Kemba Smith Pradia is continuing to develop her 501 (c) (3) foundation, the Kemba Smith Foundation.

As a wife, mother, advocate, national public speaker, and author of her long-awaited memoir, Poster Child, Kemba Smith Pradia has received numerous awards and recognitions for her courage and determination to educate the public about the devastating consequences of current drug policies. Ultimately, she knows that there is a lesson in each experience in life, and she has embraced her experience, learned from it, and is now using that experience to teach others. 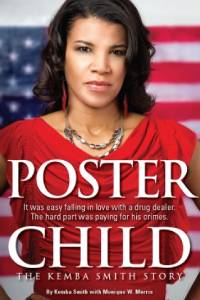 In this long-awaited memoir, Kemba Smith shares her dramatic story, as it has never been told. Poster Child: The Kemba Smith Story chronicles how she went from college student to drug dealer's girlfriend to domestic violence victim to federal prisoner. Kemba shares her story of how making poor choices blinded by love and devotion can have long-term consequences.

Domestic Violence, Self Esteem & Relationships: When "Love" Is Really Abuse in Disguise

The Power of Women

Kemba Smith Pradia shares her journey of being a college student, victim of domestic violence and mother sentenced to 24. 5 years in federal prison. Hear her story of strength and resilience, continuing the legacy of women leaders in the struggle for the betterment of our communities.