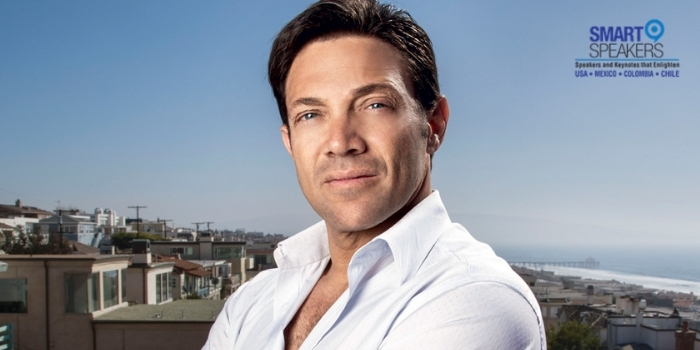 Jordan Belfort, better known as the Wolf of Wall Street, is the extraordinary businessman whose life inspired the eponymous movie directed by Martin Scorsese and starring Leonardo DiCaprio.

In the 1990s, Jordan Belfort built one of the most dynamic and successful sales organizations in Wall Street history. During that time, he soared to the highest financial heights, earning over $50 million a year, a feat that coined him the name “The Wolf of Wall Street.” As the owner of Stratton Oakmont, Belfort employed over a thousand stockbrokers, raised over $1.5 billion and started more than 30 million-dollar-companies from scratch.

Jordan Belfort has acted as a consultant to more than fifty public companies, and has been written about in virtually every major newspaper and magazine in the world, including The New York Times, The Wall Street Journal, The Los Angeles Times, The London Times, The Herald Tribune, Le Monde, Corriere della Sera, Forbes, Business Week, Paris Match and Rolling Stone.

Along the way, Jordan Belfort succumbed to the traps of the high-flying Wall Street lifestyle, which culminated in a spectacular and well-publicized fall from grace. Taking invaluable lessons from the mistakes he made and the prices he paid, he has re-emerged as a globally recognized force behind extraordinary business success.

Jordan Belfort has also found a career as a renowned speaker, author and leading voice on the importance of business ethics. His proprietary Straight Line System allows him to take virtually any organization or individual and empower them to create massive wealth, abundance, and entrepreneurial success, without the need to sacrifice integrity or ethics.

He created the Jordan Belfort Foundation to inspire the next generation of entrepreneurs in underprivileged communities to create economic opportunities that transform their own lives, their families, and their communities.

Jordan Belfort’s comprehensive training sessions can be structured to meet each of your specific needs. His engagements range from talks and training programs to ongoing consultation on how to actively and massively grow the marketing and sales results of an organization. Using his signature direct, humorous and passionate style, Jordan Belfort will train your team on how to use the most powerful business system ever devised.

Persuasive skills grant you the power to create your own circumstances which allow you to shape your world the way you want. That power to create and shape is the key to your happiness. 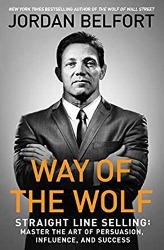 Jordan Belfort opens his playbook and gives you access to his exclusive step-by-step system—the same system he used to create massive wealth for himself, his clients, and his sales teams. Every technique, every strategy, and every tip has been tested and proven to work in real-life situations. Written in his own inimitable voice, Way of the Wolf cracks the code on how to persuade anyone to do anything, and coaches readers—regardless of age, education, or skill level—to be a master salesperson, negotiator, closer, entrepreneur, or speaker. 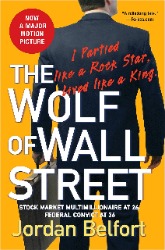 The Wolf Of Wall Street

In the 1990s Jordan Belfort, former kingpin of the notorious investment firm Stratton Oakmont, became one of the most infamous names in American finance: a brilliant, conniving stock-chopper who led his merry mob on a wild ride out of the canyons of Wall Street and into a massive office on Long Island. In this astounding and hilarious tell-all autobiography, Belfort narrates a story of greed, power, and excess no one could invent - the story of an ordinary guy who went from hustling Italian ices at sixteen to making hundreds of millions. Until it all came crashing down. 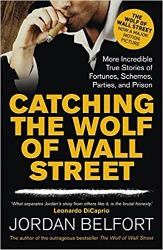 Catching the Wolf of Wall Street

In this astounding account, Jordan Belfort, Wall Street’s notorious bad boy—the original million-dollar-a-week stock chopper—leads us through a drama worthy of The Sopranos, from the FBI raid on his estate to the deal he cut to rat out his oldest friends and colleagues to the conscience he eventually found. With his kingdom in ruin, not to mention his marriage, the Wolf faced his greatest challenge yet: how to navigate a gauntlet of judges and lawyers, hold on to his kids and his enraged model wife, and possibly salvage his self-respect. It wasn’t going to be easy, but the man at the center of one of the most shocking scandals in financial history soon sees the light of what matters most: his sobriety, and his future as a father and a man.