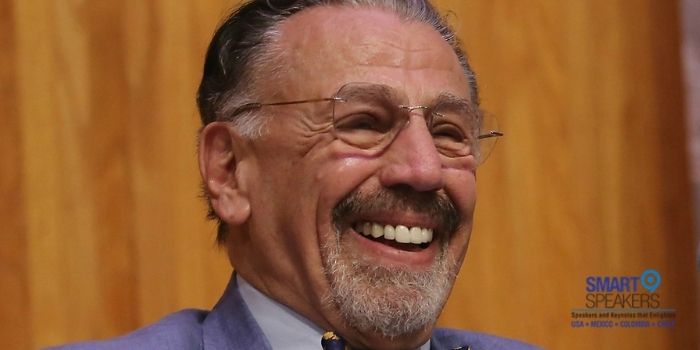 Alfonso Arau is a famous Mexican film and theater actor, director, and producer. With his films "Like Water for Chocolate" and "A Walk in the Clouds" he opened the doors of the world market to Mexican Cinema.

Alfonso Arau is a renowned Mexican director, actor, producer, and screenwriter. Arau dropped out of Medicine to become a policeman in the motorcycle squad. That profession was precisely what  linked him with the artistic world, when he was assigned as the driver of the comedian Sergio Corona.

Interested in comedy and with great skills for it, Alfonso Arau formed a duet with Corona in a show of dancers and comedians that was successful in several countries in the 1950s. Their recognition and popularity was such that, soon, they went to star in films such as 'New Faces' (1956), 'Journey to the Moon' (1958) and 'Los pistolocos' (1960). Around this time, Arau returned to college, but to study drama. Soon after, he moved to Paris to study with legendary mime Marcel Marceu, and he became close friends with director and writer Alejandro Jodorowsky.

Alfonso Arau made his directorial debut with the film 'El águila descalza' (1971), in which he also wrote and starred. Later, he directed films such as 'El mojado remojado' (1981), 'Chido Guan, el tacos de oro' (1986) and 'Like Water for Chocolate' (1992), a successful Mexican film with which he would be recognized as the best director in the 1992 Ariel Awards. The film ranked him as one of the most successful and talented directors in Mexico. He soon directed Keanu Reeves in the film 'A Walk in the Clouds' (1995). He took a few years off from directing until he returned with 'Cachitos picantes' (2000), 'Zapata - El Sueño del Héroe' (2003) and 'La Trampa de Luz' (2004).